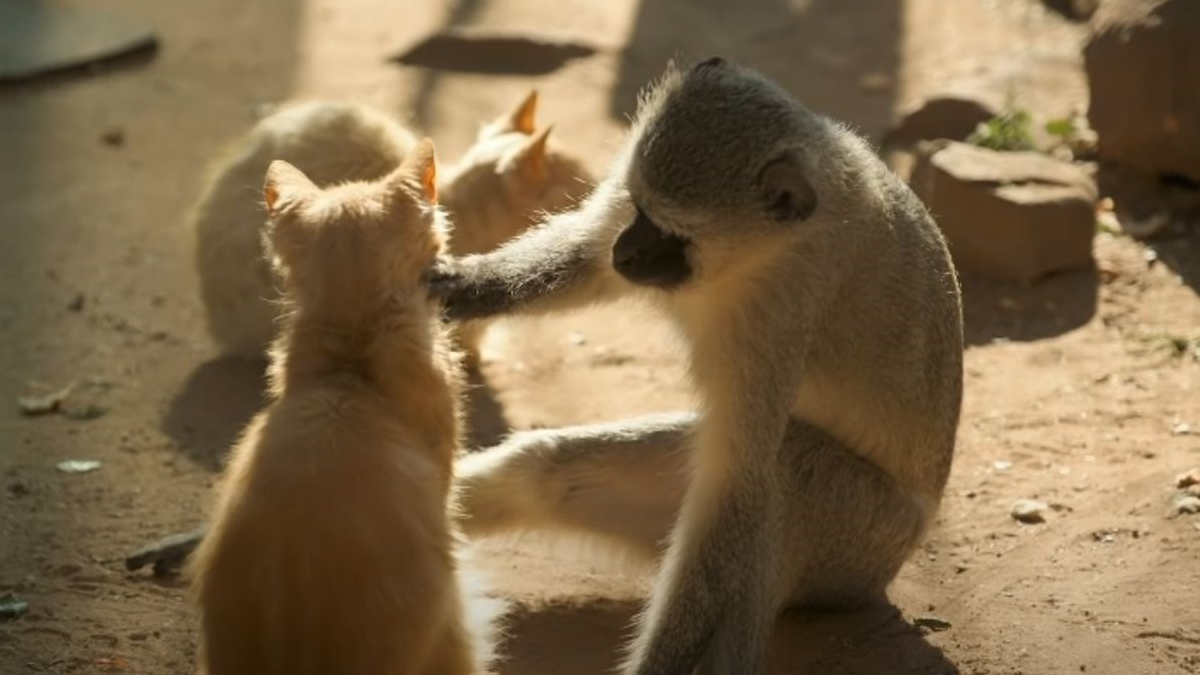 A friendship as beautiful as it is amazing connects a group of old monkeys with a duo of cats who invite themselves into a primate enclosure in South Africa. Animals of different species, but which have become inseparable.
At a South African green monkey shelter, residents welcomed the kittens with open arms and no longer want to part with them. This was covered by Twisted Sifter and documented in a video from the renowned Smithsonian Research Institution, hosted on his YouTube channel.

At the Bambelela Wildlife Care And Vervet Monkey Rehabilitation Centre, located in Bela Bela, about 100 km north of the capital city of Pretoria, old vervets (Chlorocebus pygerythrus) are enjoying their most peaceful retirement. They have little chance of surviving in their natural environment as they are vulnerable due to their advanced age as well as their past. For the most part, these primates were indeed raised by families as pets when they were anything but. They even had their fangs removed before they were abandoned. 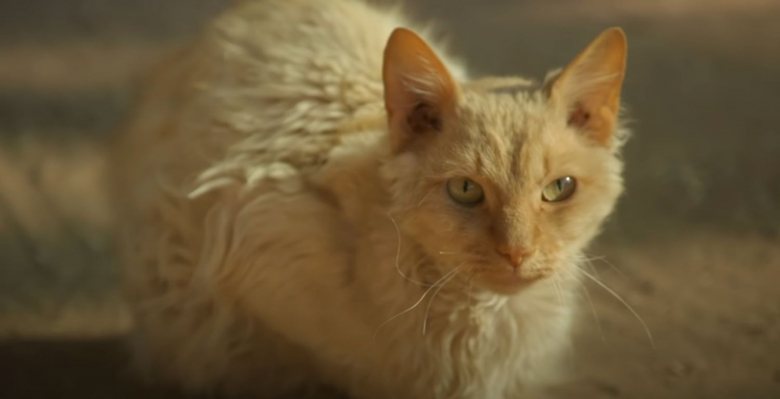 Within the group, cohabitation is not always perfect and some conflicts may flare up, particularly at meal times, but there is a certain order and relative harmony with a well-established hierarchy.
An unexpected event cemented this «social peace»; arrival of 2 homeless kittens. The presence of young felines quickly calmed the monkeys, which the shelter team clearly noticed. 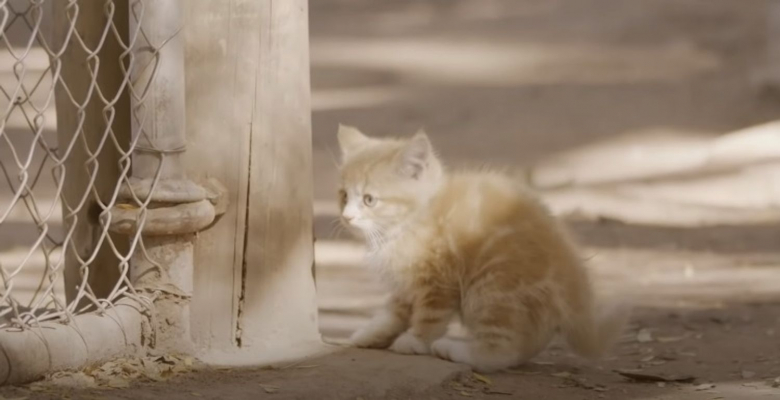 Vervets have never been so calm since the kittens appeared, who grew up well and became magnificent adult cats. As on the first day of the encounter, the tetra pods continue to groom and purr while the primates take care of them. 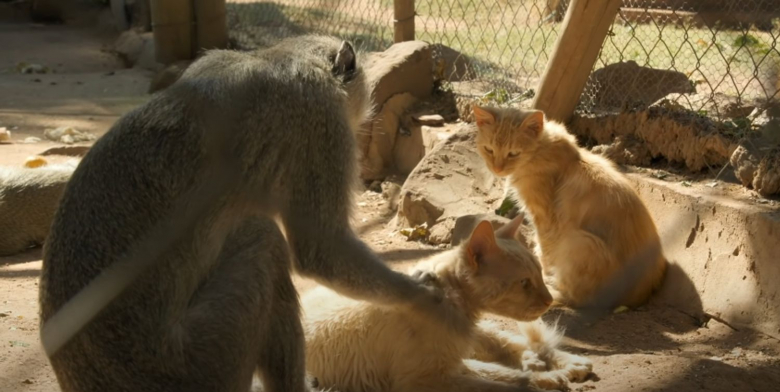