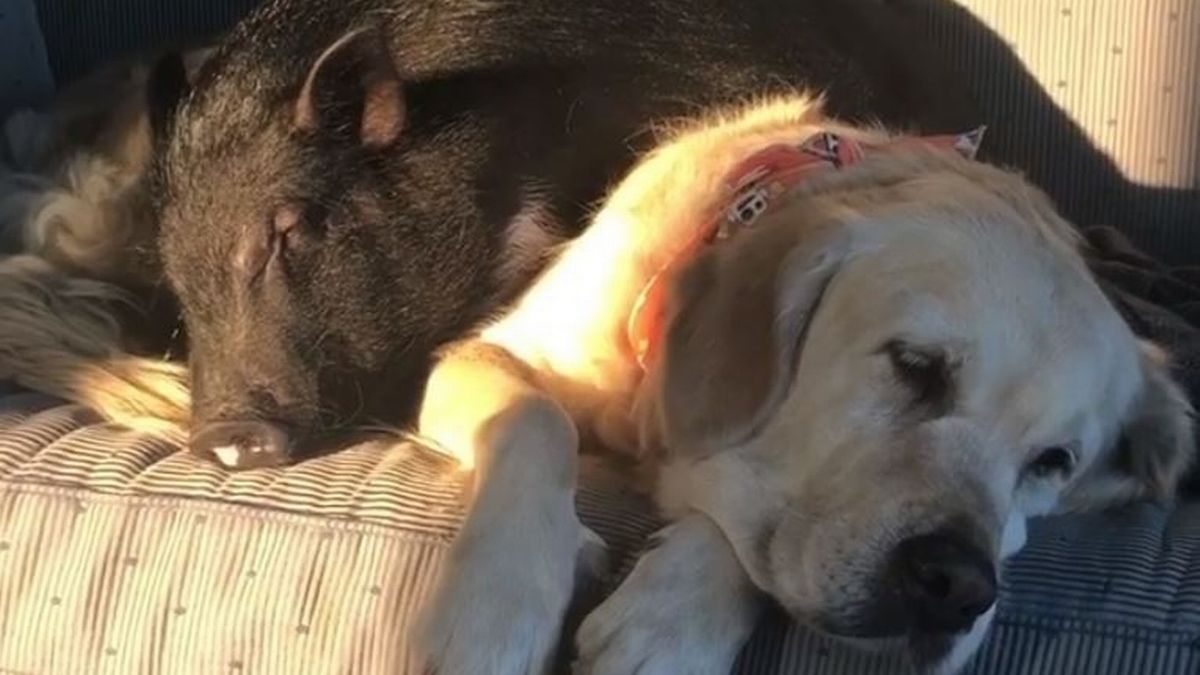 At first glance, it seems that Gina and Hamlet do not have much in common: one is a dog, and the other is a pig. However, they are the best friends in the world and cannot live without each other.

Arianna Tsolakoglou is a privileged witness to the extraordinary friendship that binds her dog and her pygmy pig.
Gina the golden retriever and Hamlet the pig are an unusual duo of friends. Their owner, who lives between California and Athens, saved them both, but didn’t expect them to get along so well. 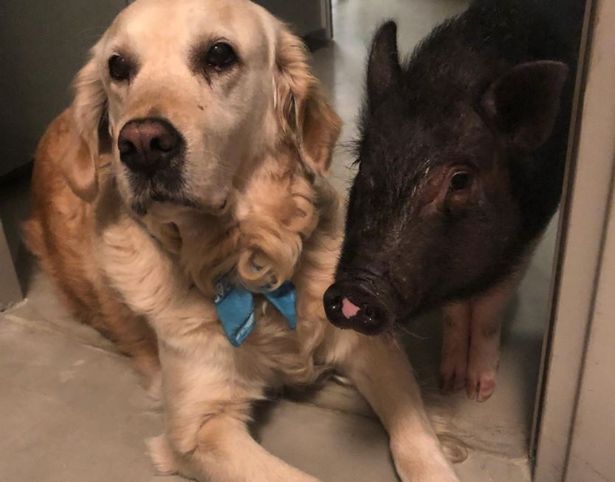 Arianna Tsolakoglou adopted Gina in 2017 after she found her abandoned on the beach. The dog was then breastfeeding 2 puppies and 4 kittens. 2 years later, she saved Hamlet when he was only a few months old and in bad shape; he suffered head injuries and a broken tail.

As soon as Hamlet was introduced to her, Gina instinctively took him under her wing. “It was extremely interesting and touching to see how Gina treated him when I brought him home. She is a very protective creature,” says Arianna. 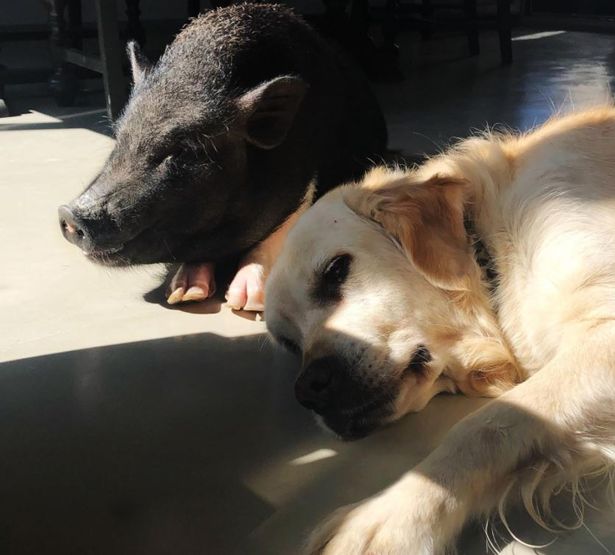 For the first month, the pig was kept in a small indoor enclosure to help it get used to the new environment safely. The dog then lay by the fence for hours, watching and watching him. Then, when they finally managed to get in touch, they became inseparable.

Gina has always been very patient and caring towards him. She “allowed him to lie on her, pull her hair, gnaw his claws – he was teething – do what he wanted,” says Arianna Tsolakoglou.

Their meetings are always joyful

The two animals also quickly became partners in crime. They join forces to do all sorts of pranks, like tearing open food bags to satisfy their gluttony. 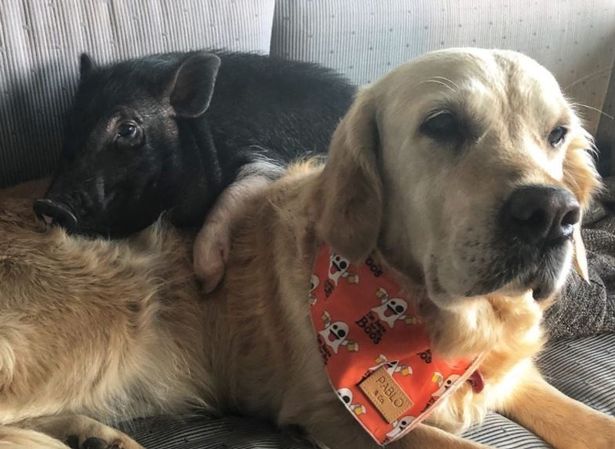 “Hamlet uses her intellect and problem-solving skills, and Gina uses her physical abilities, being bigger, to get things done they shouldn’t be doing,” their owner laughs.

The rest of the time they relax together in the sun, play and nap side by side. Sometimes they are briefly separated, but when they are found, it is always a holiday.