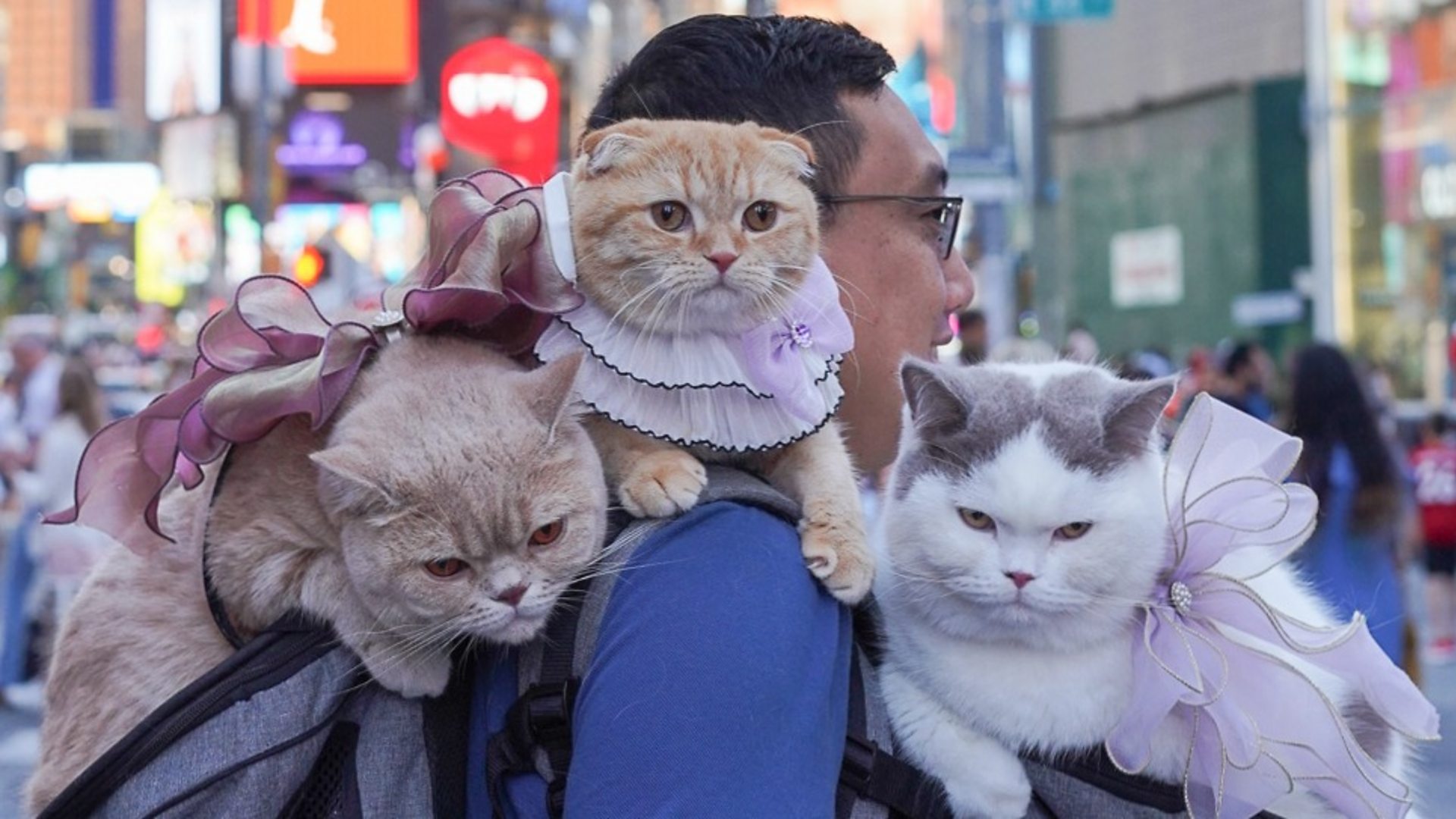 The couple loves to travel but can’t imagine leaving their 3 felines behind. “We had several expeditions planned and we wanted to take them with us. It was hard not to be with them because we consider them family,” Dan said.

A small troop reside year-round in the Manhattan area of ​​New York City in the United States. So Dan and Olivia started by getting Biscuit, Masha and Donut in the very famous Central Park. “They seemed to enjoy being outside and exploring,” Dan said. 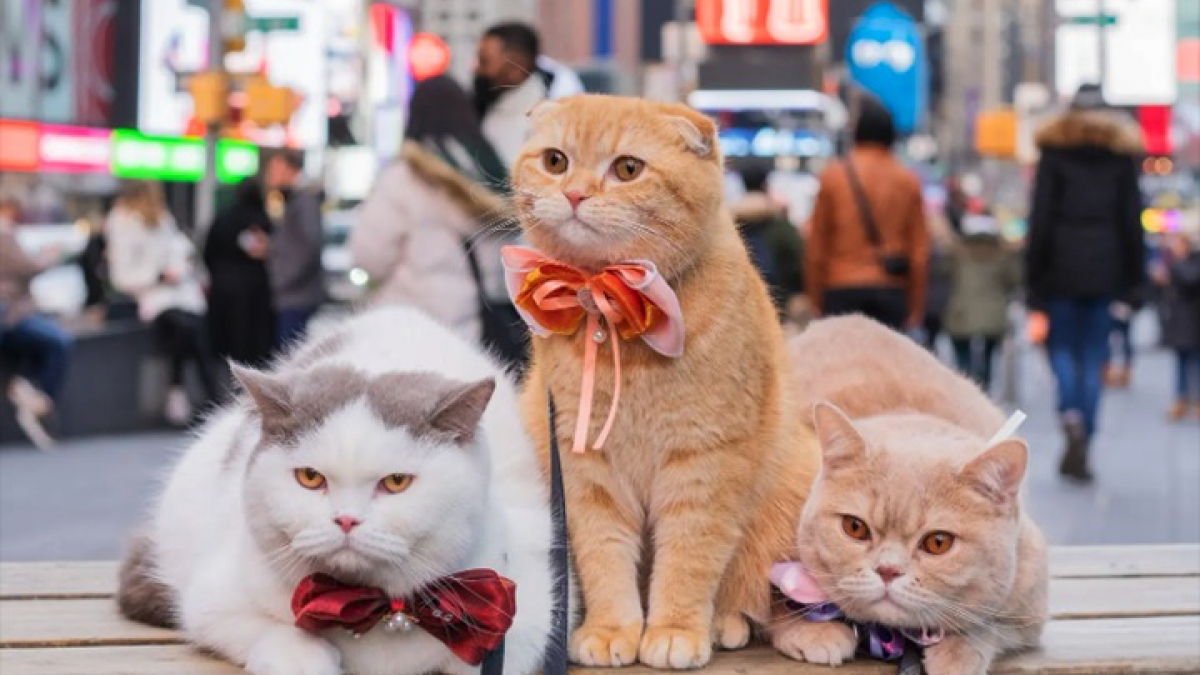 Once the cats got used to going out regularly, Dan and Olivia moved on to bigger things. The family’s first trip was to visit the Disney World theme park in Orlando, Florida.

They later flew to San Francisco and Sacramento, California. “They sleep almost all the time in flight. They are all relaxed and quiet. Sometimes other passengers don’t even realize that we have 3 cats with us,” the owner explained.

Dan revealed that his cats’ favorite trip was undoubtedly Paris. “We dropped them off on the cobbled streets and they drove off looking through all the windows until they decided to stop by a candy store,” he said with a laugh. 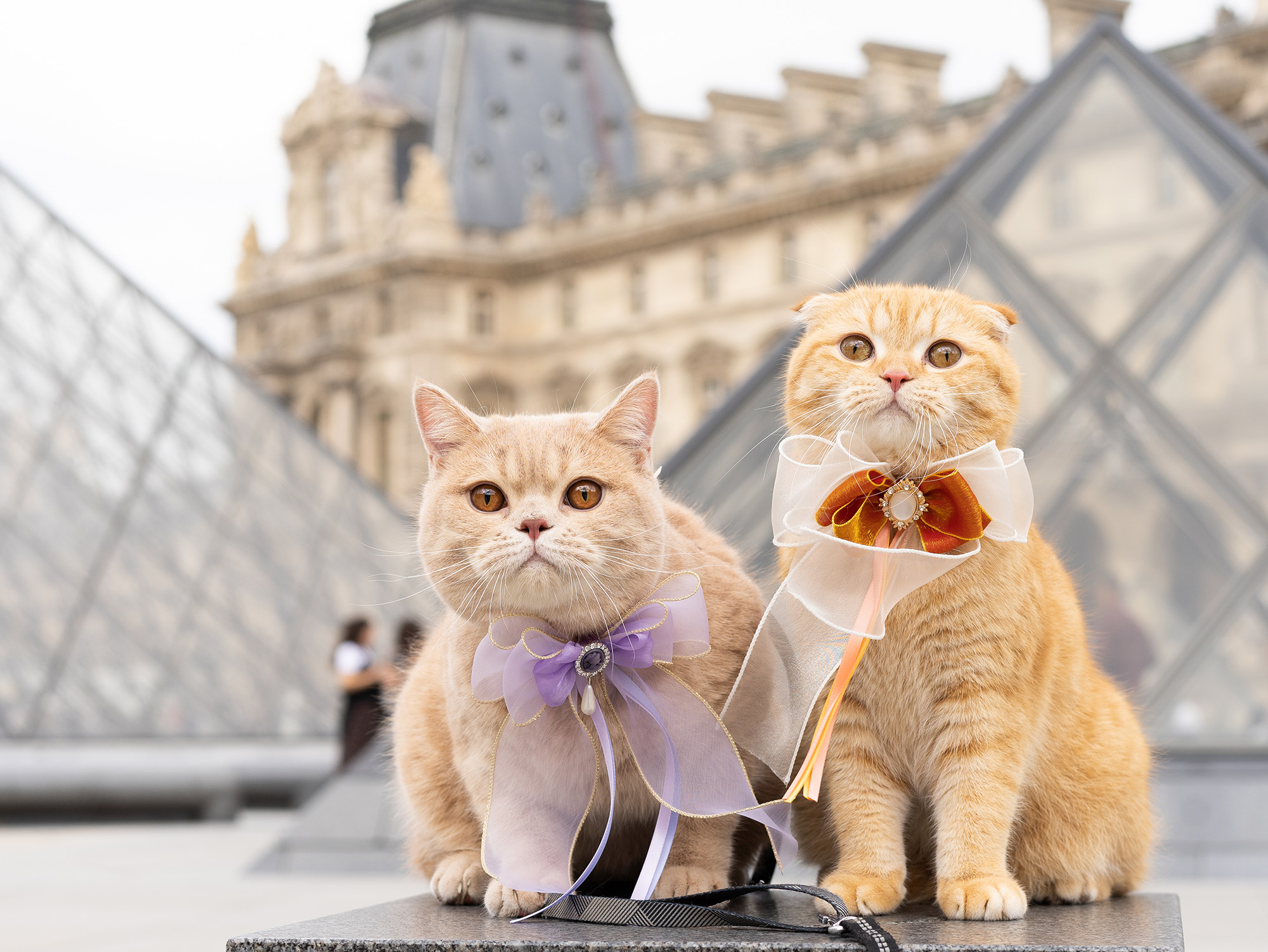