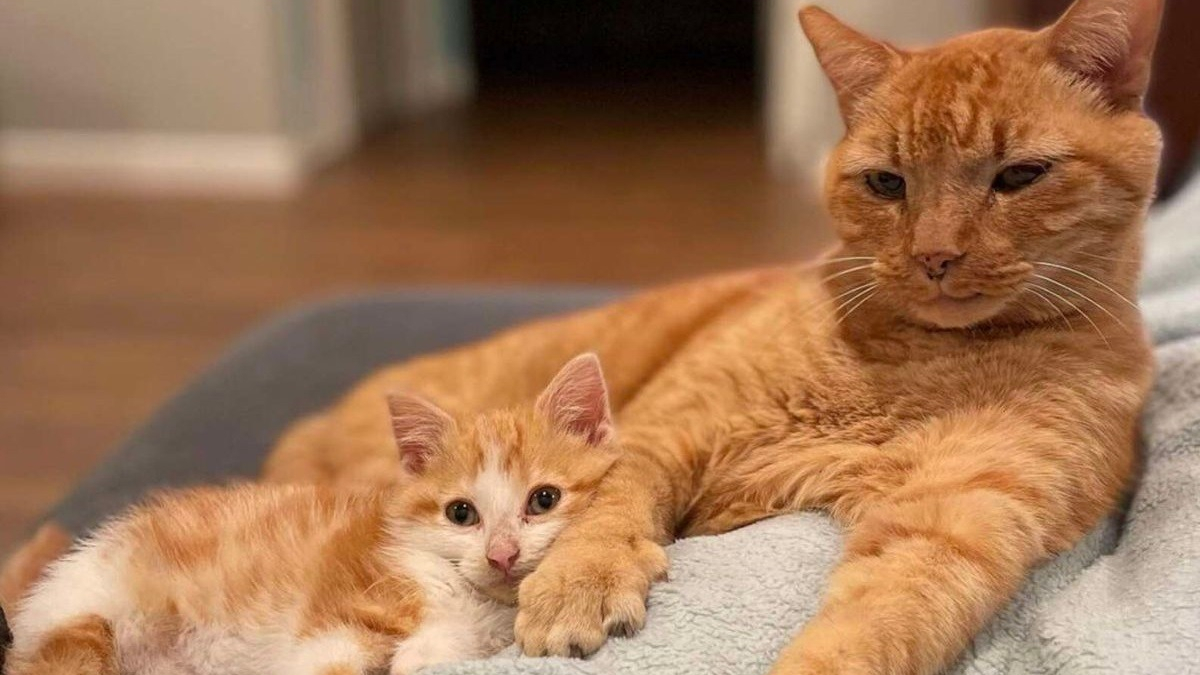 Garfield, a five week old kitten, was born on the street. Left to himself, he was picked up and taken to a veterinary clinic. It was there that Megyn Scott-Hintz, a volunteer foster mother, met him.

«He was covered in fleas, he had ear mites, and he was just skin and bones,» she told The Dodo. Despite his condition and status as a homeless animal, the young feline immediately became very friendly to all the people he met. 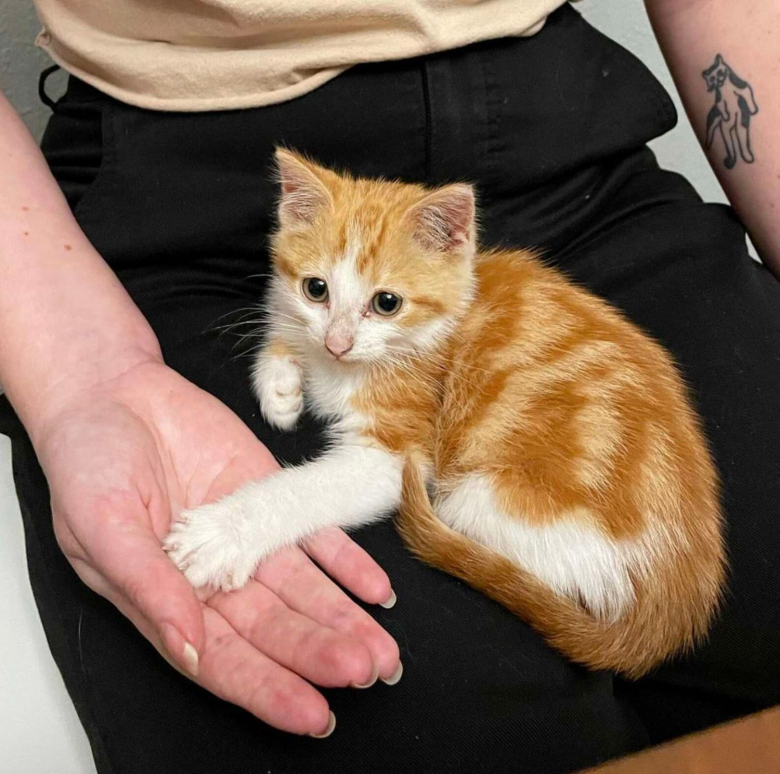 Garfield befriends Captain Pickles, an older semi-stray cat who was adopted by Megyn Scott-Hintz 9 years earlier. “As soon as Pickles lay down on the sofa, Garfield immediately approached him,” says the volunteer. Since then, they have been inseparable.

However, Pickles was never interested in the cats his owner took in on a temporary basis. In addition, he always spent most of his time outdoors. In fact, Megyn Scott-Hintz explains that “it takes a long time for him to want to go inside. So it was a surprise that he wanted to come and stay with Garfield.»

Recently, the kitten has had health problems and had to spend several days at the vet. When he returned home, his elder was in seventh heaven with happiness. Delighted to find him, he greeted him, carefully tending him. 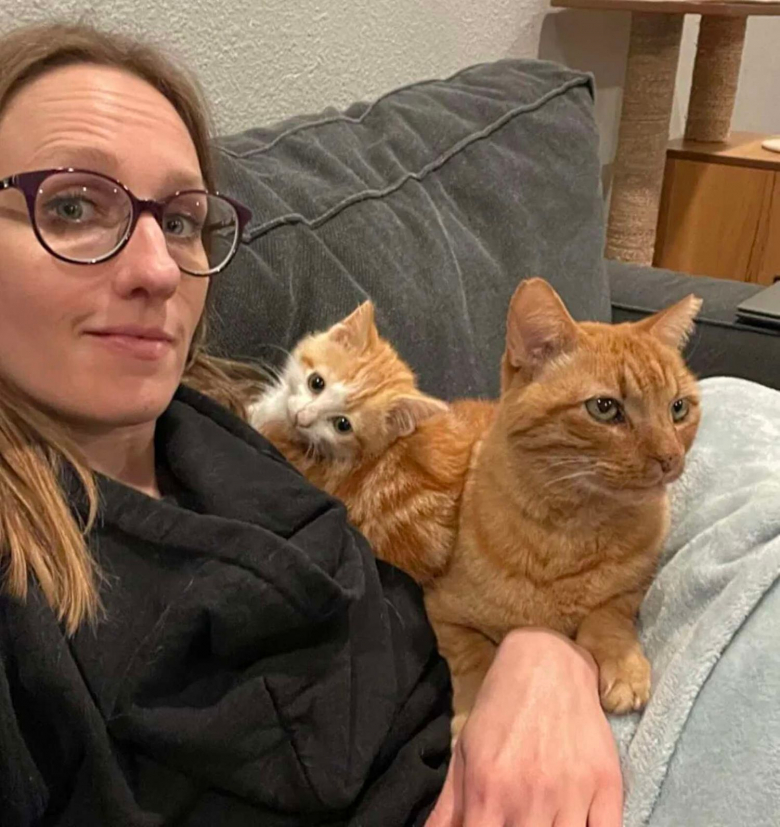