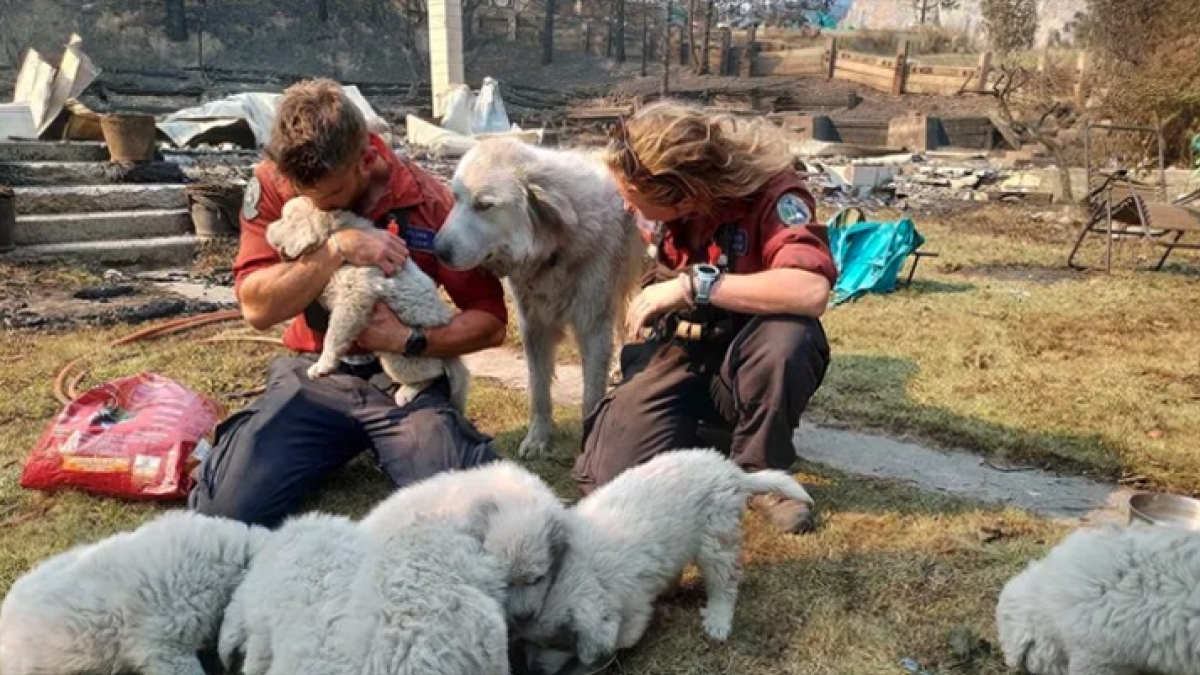 A year after the fire that devastated the city of Lytton in British Columbia in Canada, 2 firefighters return to the scene for a ceremony. This time they met the cubs of dogs, which they found among the ashes. A very emotional moment. Let’s get back to the facts of June 30, 2021.

Olivia Hughes and Chad Goldney are two firefighters with the British Columbia Fire Service. They were part of the rescue team sent to the area of the fire that broke out on June 30, 2021 near the city of Lytton.
The population was evacuated in time, but the animals of Tricia and Don Thorp, who were in the city at that time, unfortunately, were left on fire. 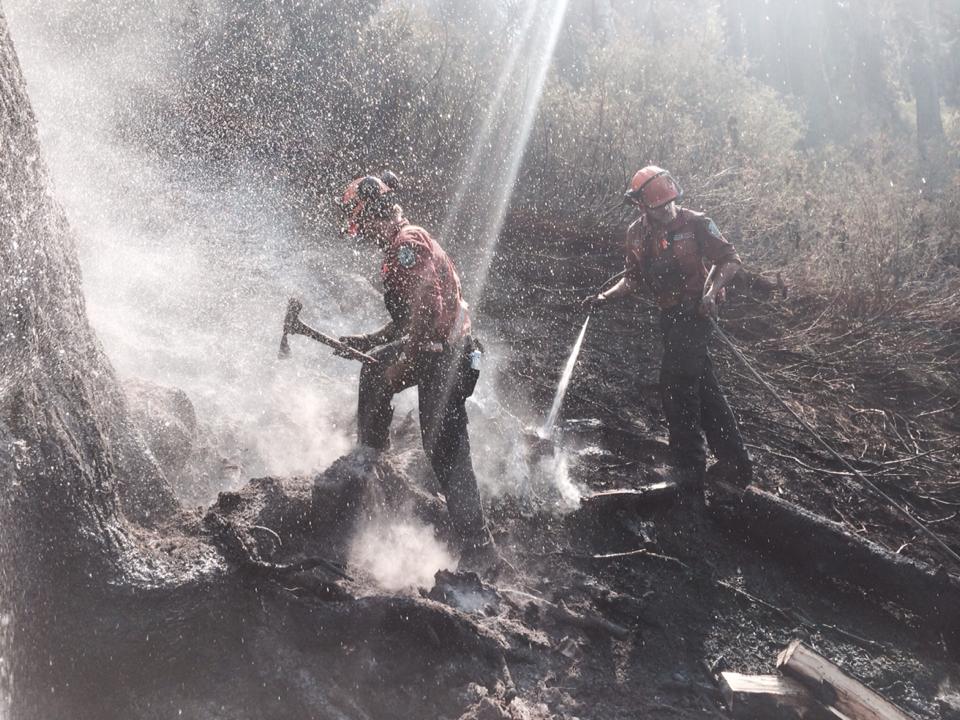 The fire completely destroyed the house, as well as the couple’s outbuildings. Farm animals died. Trisha and Don just want to go home to see what happened to their dogs, but they weren’t allowed to. 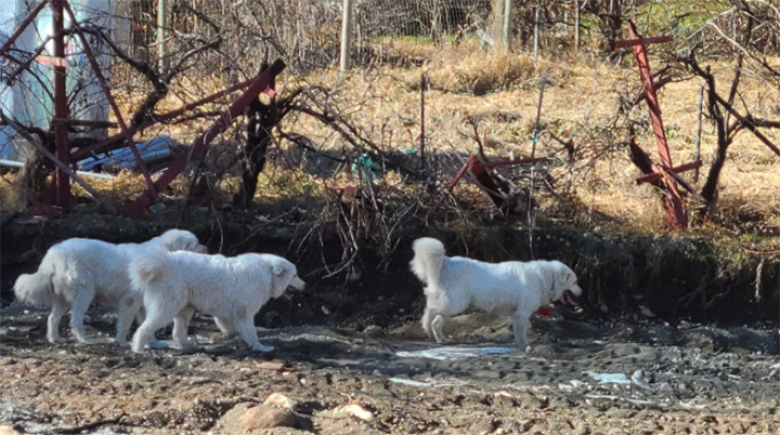 Olivia and Chad had the difficult task of assessing the situation. Two rescuers were waiting for a terrible discovery. However, when they arrived, they found the dogs and their offspring unharmed. Miraculously, the adults managed to protect the children from the fire.

“They really expected to see dead puppies here. With that in mind, they sort of, for lack of a better term, took it upon themselves and came. And she said that meeting all these babies was like a ray of sunshine, a bright spot in all this darkness,” said Tricia Castagne. 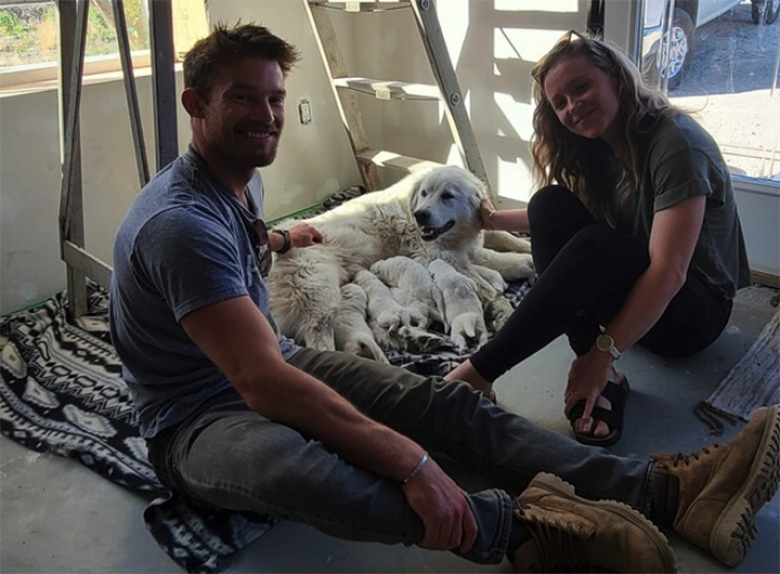 Olivia and Chad then took care of the dogs. They gave them fresh water to drink and hurried to return them to their owners. 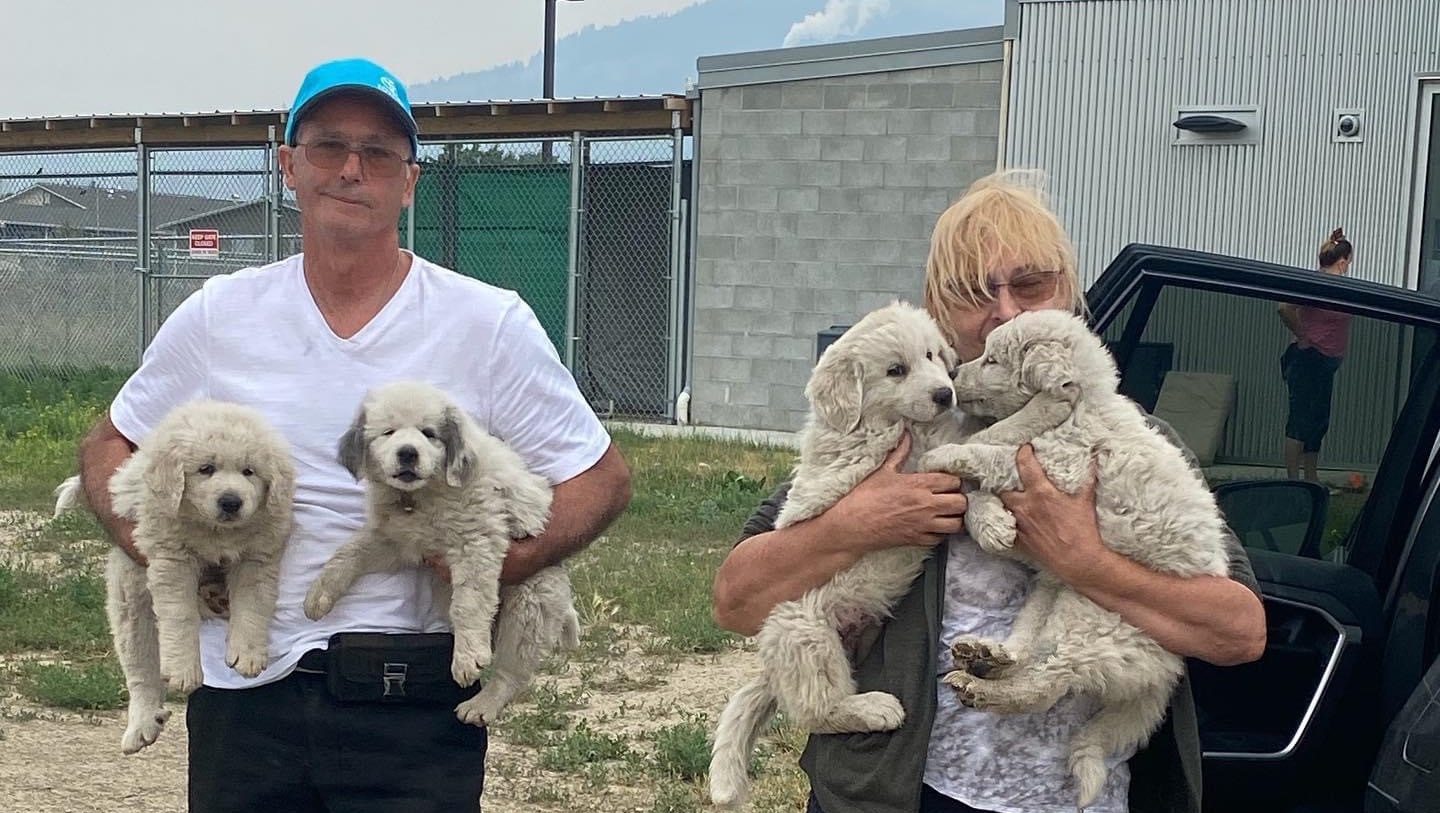