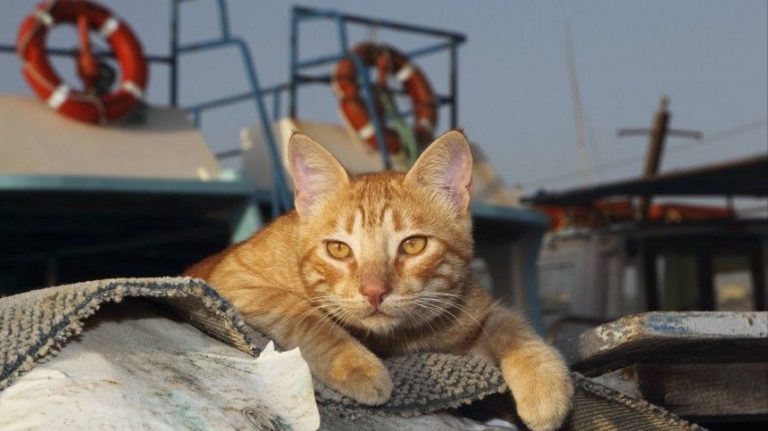 Blimey! The cat secretly entered the candy truck and left Ukraine for Israel!

The cat used to live in Odessa. One day, pursuing an incomprehensible goal, she climbed into a shipping container with sweets. Did she want something sweet? 🙂

The journey from Odessa to Israel took three weeks! During this time, no one found the bandit. Only in the port of Haifa, when the ship of the forwarding company Star Shine Shipping was unloading, she was found. To say that everyone around was surprised is an understatement!
What did the animal eat for all three weeks? The sailors say that the cat gnawed through all the boxes and ate sweets. She enjoyed tasting most of the sweets on the ship. But what about water? Most likely, condensation formed in the container, which became a drink for the cat. 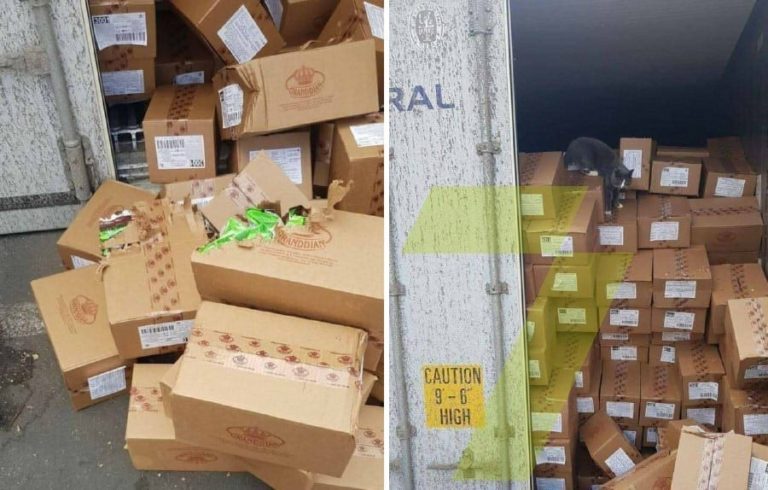 In a word, the pet survived the three-week trip just great! Sailors say that this happened for the first time in their practice.
How did the cat get into the shipping container anyway? When the freight forwarders watched the video from the security cameras, they saw the little girl run in there during the loading.
What will happen to the fugitive next? When she arrived in Haifa, she was placed in quarantine. Now the cat has become famous, and many Israelis have already expressed a desire to give her a home.

However, so far the future of the animal is in doubt, but we hope that this long journey will still bring happiness to the kitty! 🙂