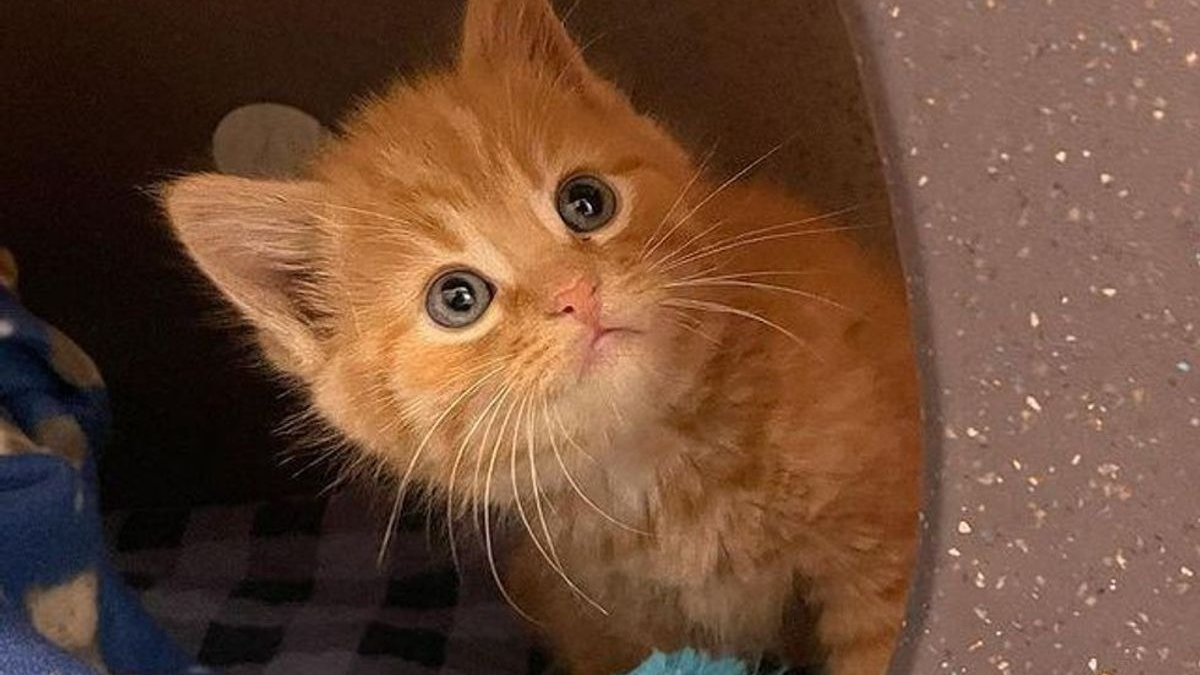 IndyHumane — a human society, located in Indianapolis, Indiana, regularly takes in distressed kittens, especially those who have lost their mother under various circumstances. These vulnerable little cats are looking for priority placement until they grow up and are better prepared for adoption.

Butterball is one such kitten. When he arrived at the orphanage, he was terrified and did not trust anyone. He hissed and hid under the covers whenever he tried to get close. 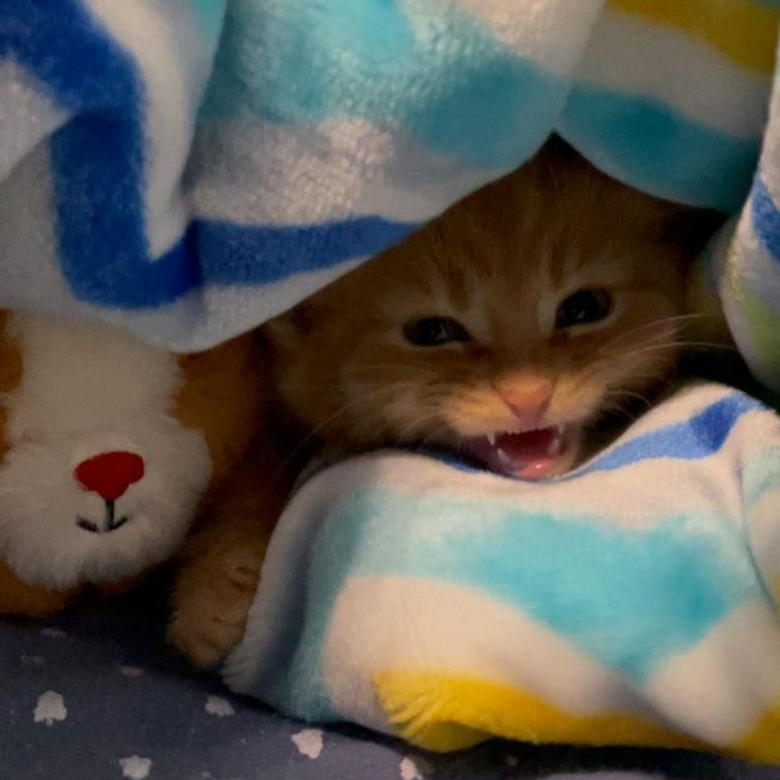 Jennifer, a volunteer foster mother, agreed to take him in. It was she who called him Butterball. She equipped for him a cozy corner with bed linen and toys at will.
The kitten was transformed thanks to the foster mother. As the days passed, the little ginger cat began to trust her. He even began to beg for her attention and hugs, especially when he needed comfort. 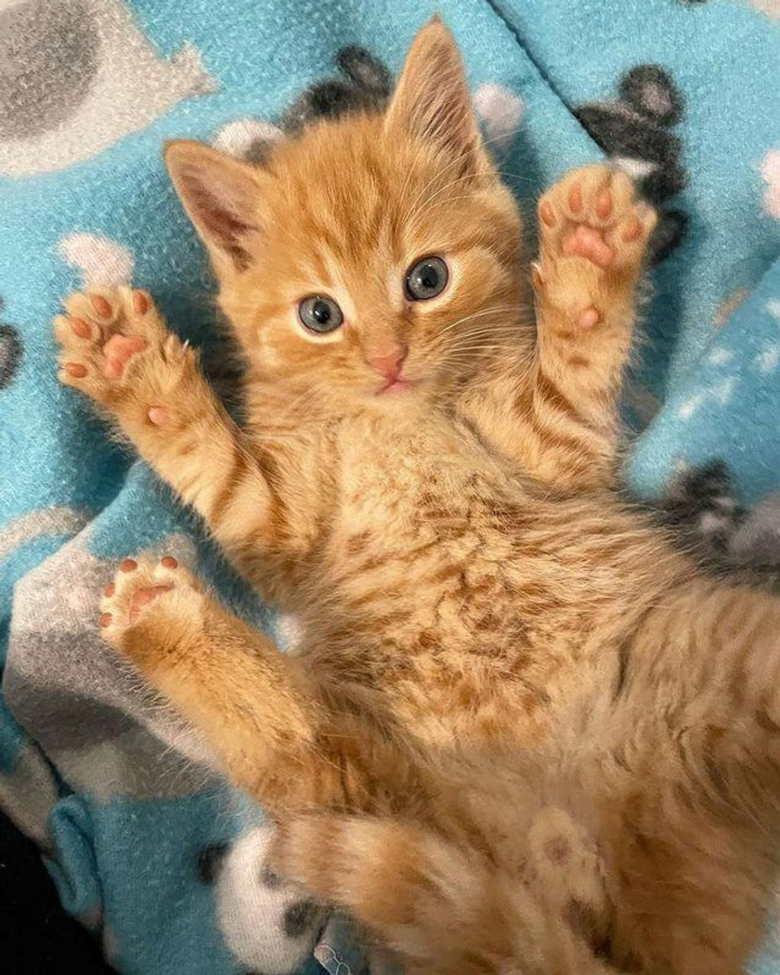 “ He is very playful and loves his new toys. However, some of them make sounds that frighten him. Then he gets nervous and hides,” says Jennifer Love Meow. Here she intervenes to console him. 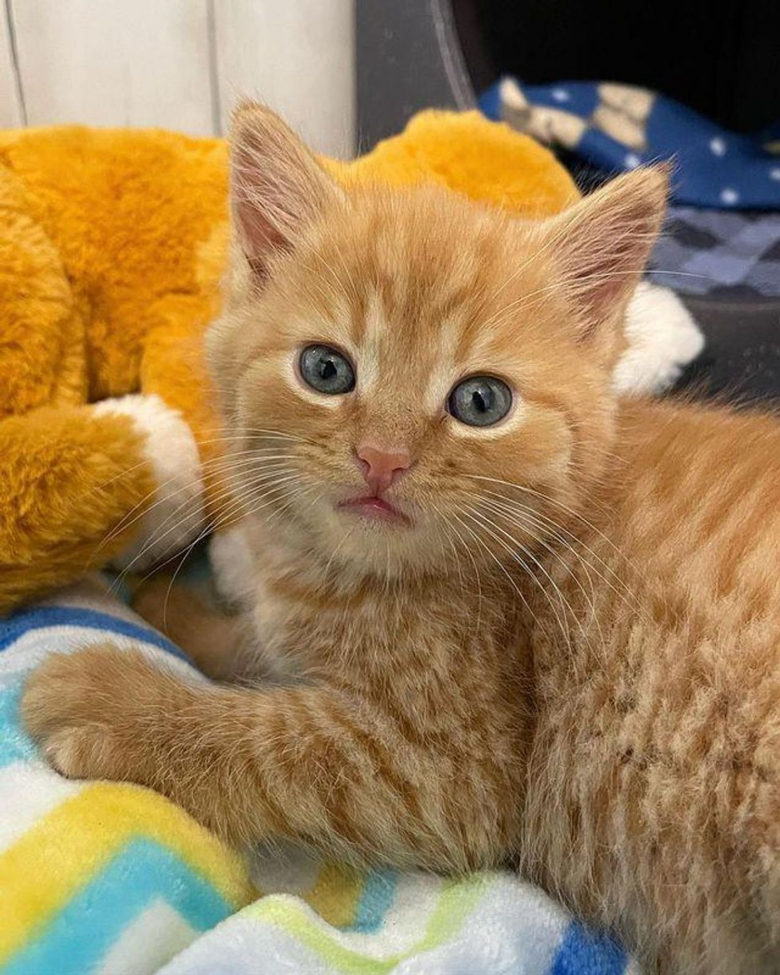 When she leaves for work in the morning, Butterball begins to meow with all his might to convince her to stay with him some more. He is no longer the scared kitten he was when he was rescued. Every day, felines gain confidence and become less and less suspicious of humans. 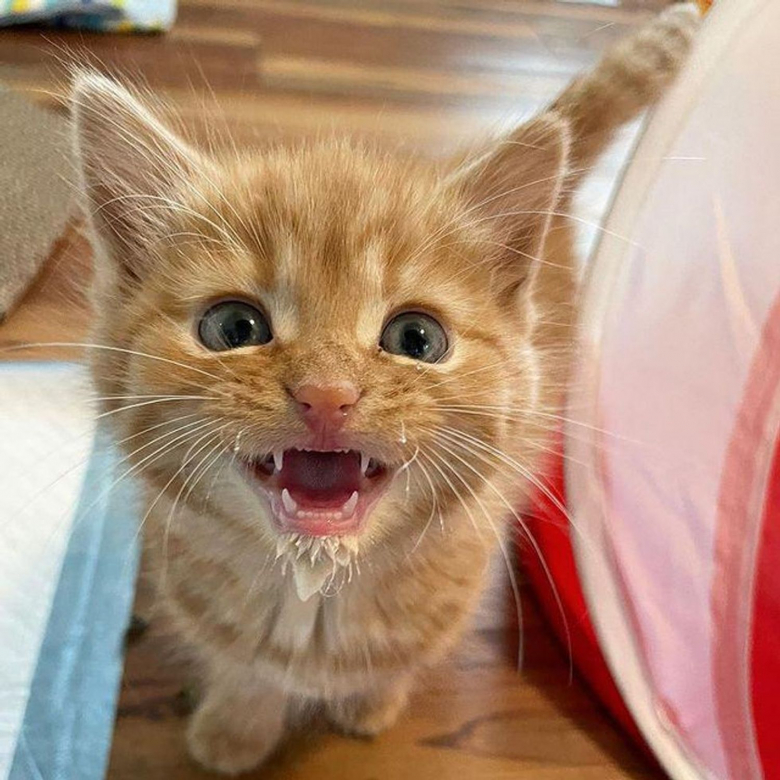