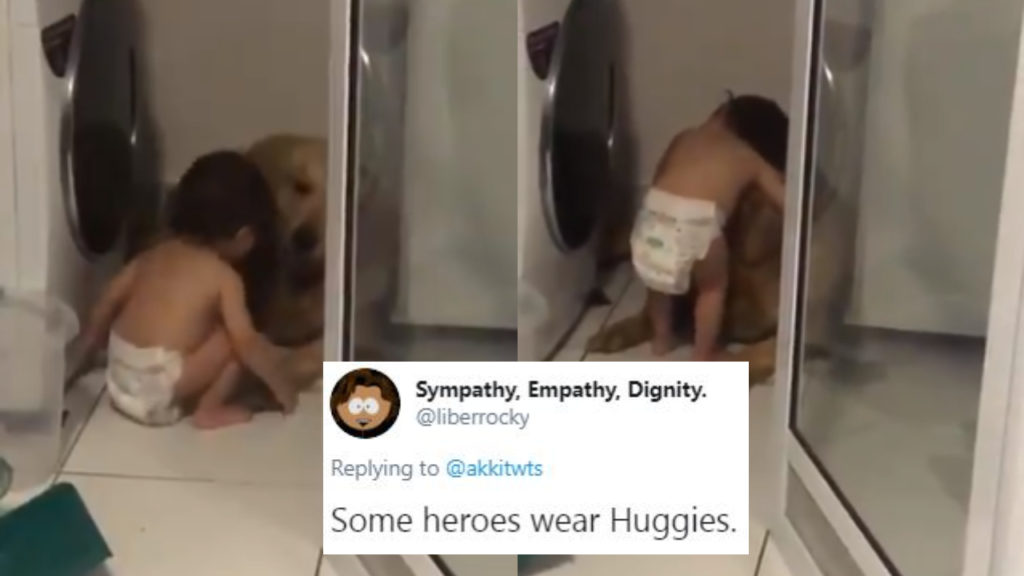 The Golden Retriever has faced one of the greatest fears of many of his breed: the storm. His young human friend was there to help him through this ordeal.

“This little guy comforting his buddy during a thunderstorm is the best thing you’ll see today.” There really is something about this sequence that will soften us up and make us smile.

We see a dog visibly frightened after being caught off guard by a storm and taking shelter in the laundry room. The poor golden retriever sits against the wall with his head down. Sitting in front of him on his haunches, the kid does his best to calm him down.

The kid caresses him, talks to him and kisses him in a touching attempt to cheer up his four-legged friend. A very beautiful scene showing the sincere and warm relationship that can exist between children and dogs.