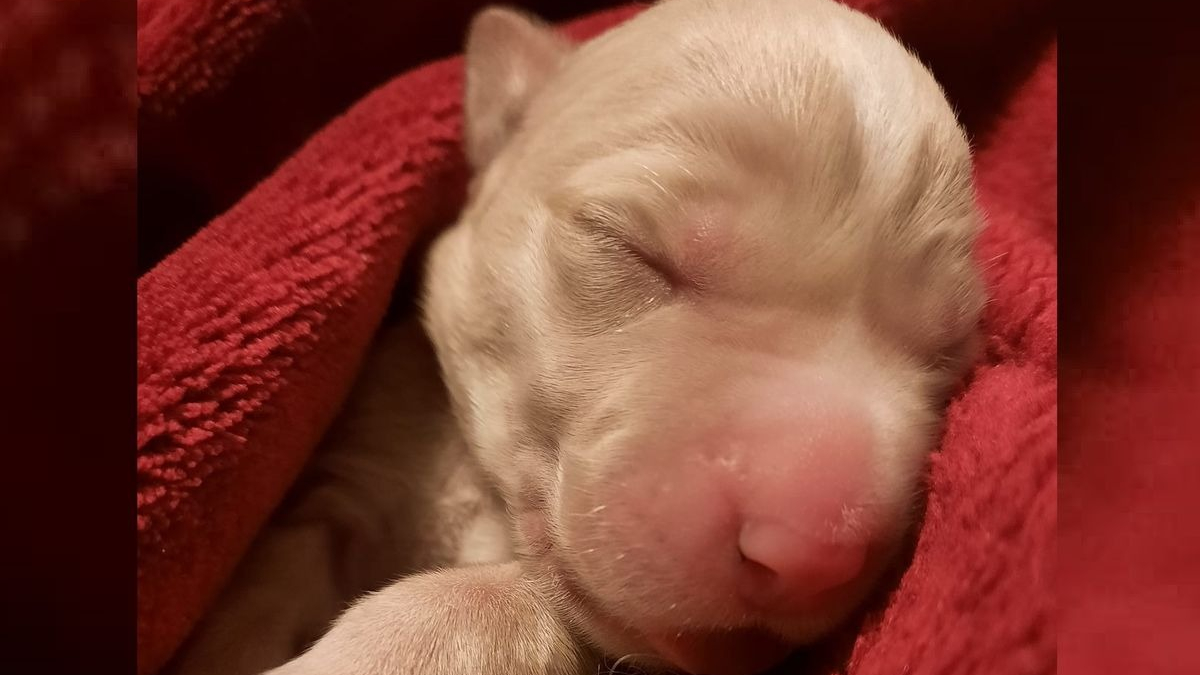 On January 17, Florine Pitot, who lives in Langon in the Gironde, got up early as usual. Opening the shutters, she began to hear moans. Intrigued, she immediately went outside and found a newborn puppy crawling on the sidewalk. He still had an umbilical cord.

She wrapped it in her wool jacket and brought it home. The little dog is cold. To warm it up, she first used a hair dryer and then put it in a shoebox with heating pads around it. Florine Pitot then took him to the vet. 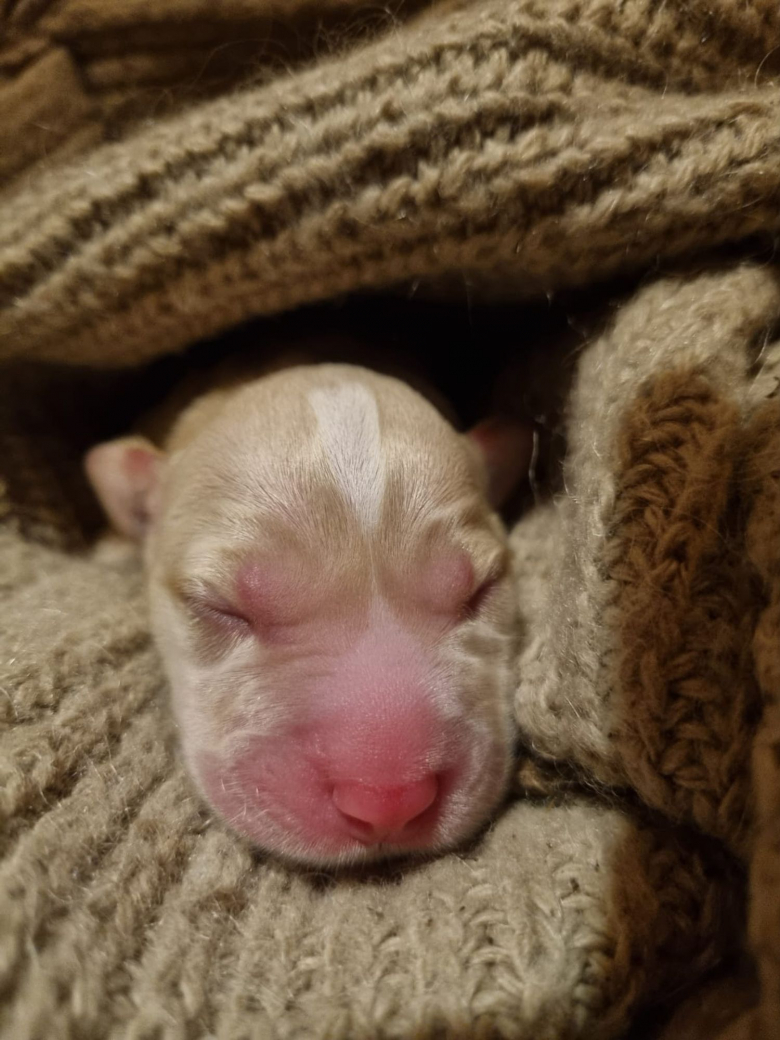 The puppy then weighed only 385 grams. She gave him formula milk every 3 hours. Having crossed a golden retriever or a Labrador Retriever, she named him Tao.
She had no plans to adopt him. Florina Pito and her husband already had 3 dogs in the past and didn’t want to get another one. But the more time passed, the more she became attached to the little creature whose life she had saved. 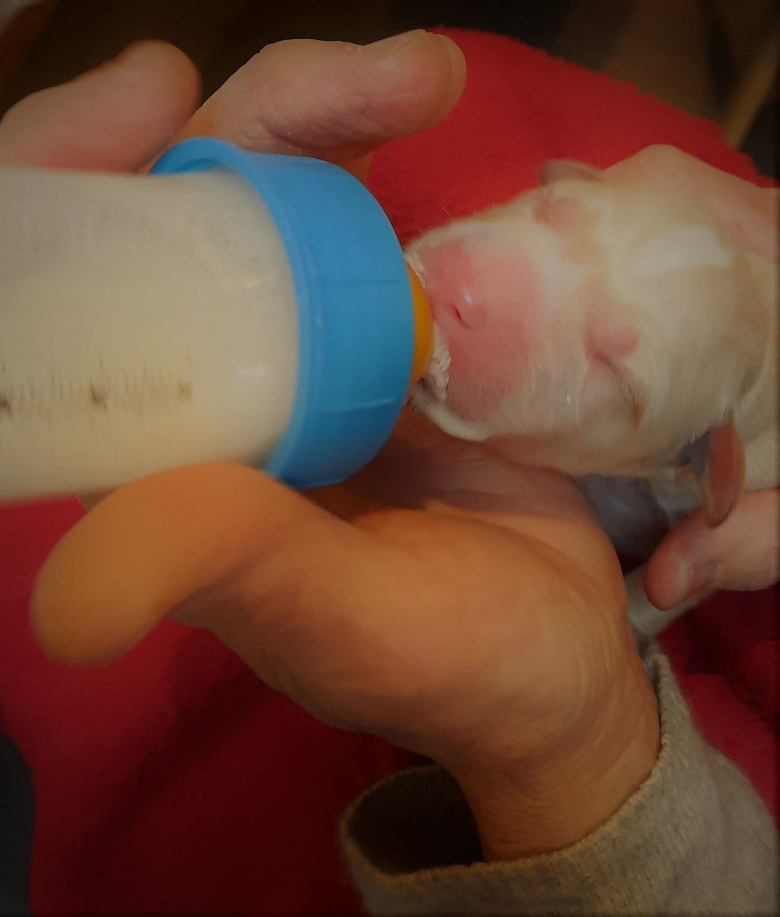 More than a month after the rescue, he weighs more that 5 kg and is in great shape. “He brings happiness to the whole family,” says his mistress, whose woolen jacket, in which she wrapped him on that famous morning of January 17, is his comfort today. 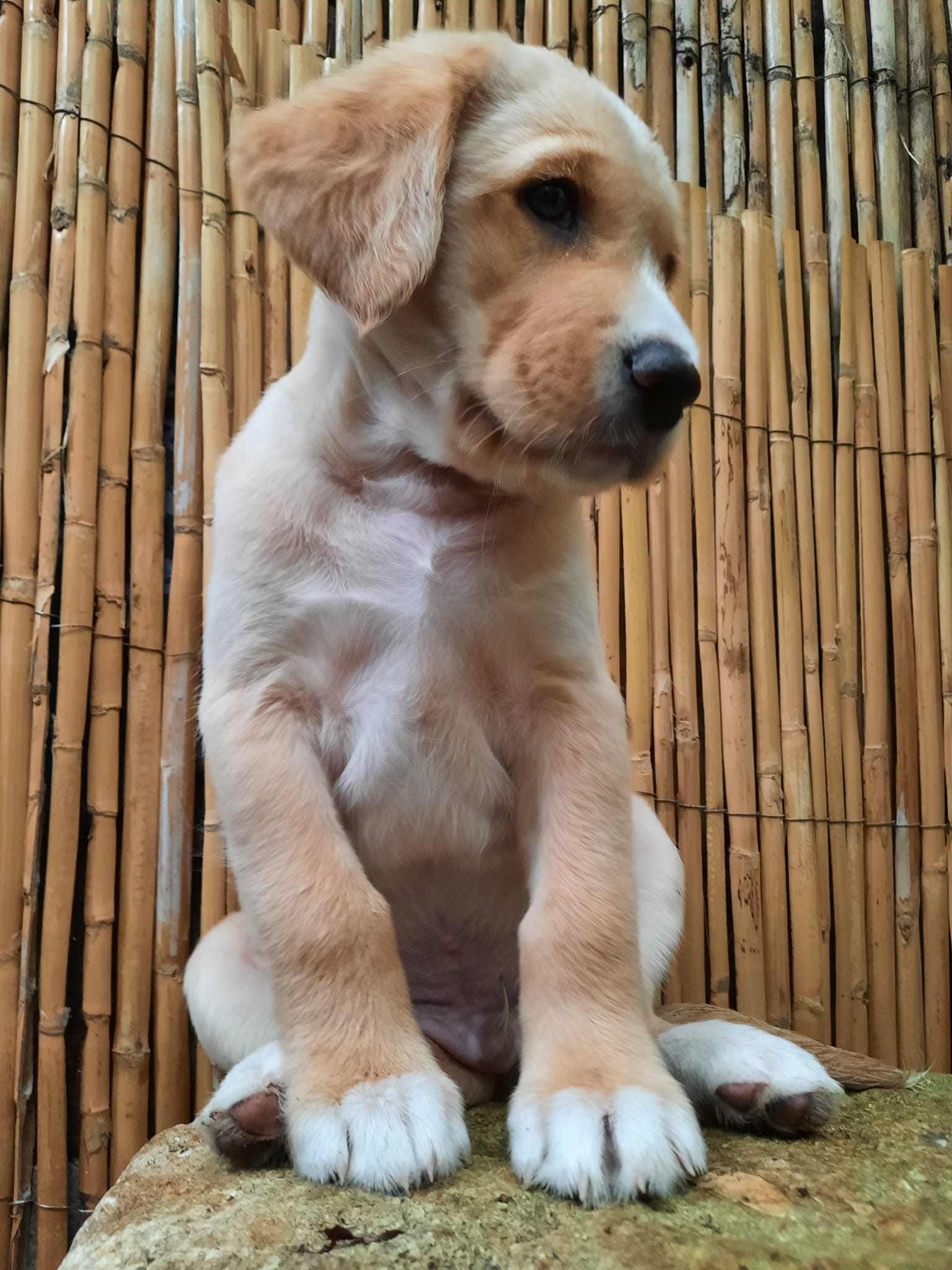 Tao’s future is already mapped out. “He will go to school, to the dog club. We are going to hang out with him, show him the horses, do our best,” says Florine Pitot, who notes that her little protégé has an adorable little white heart-shaped mark on head.