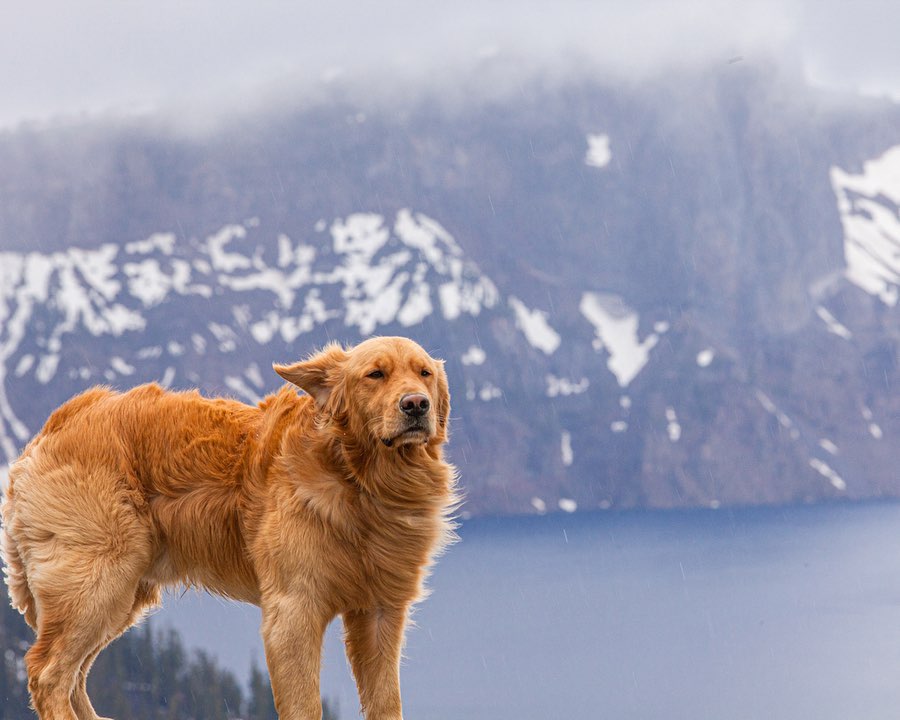 Meet Kicker, a golden retriever who just loves to travel! Together with his owner, he starred in the reality show «TINY HOME ADVENTURES». 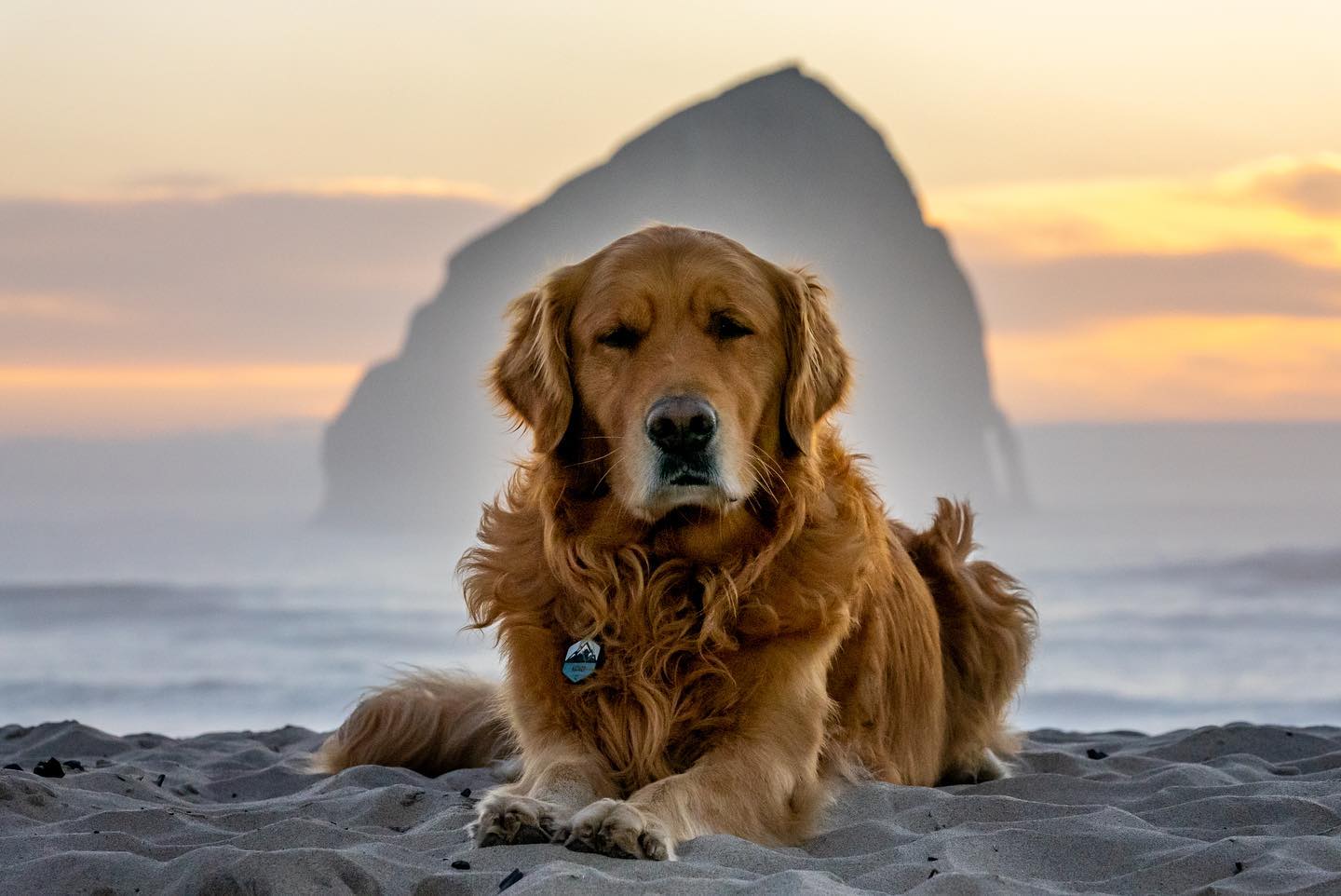 The dog and his owner, Andrew Muse, are driving a van and have already been in unusual and even dangerous places!
Kicker is rightfully called the coolest traveler, and now you will understand why! 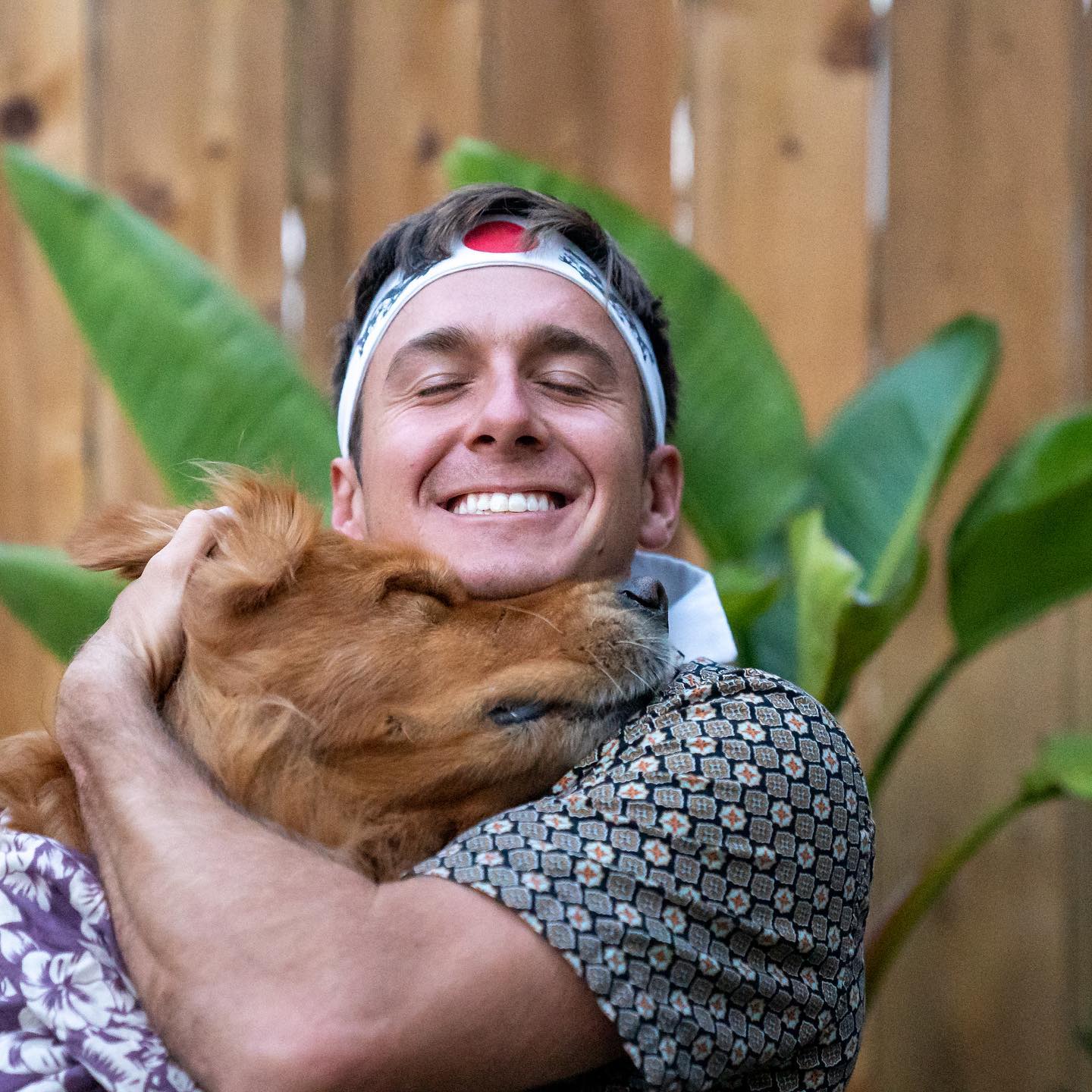 The owner of Kicker is an energetic guy, and it is unthinkable for him to stay at home. On previous travels, he was accompanied by a golden retriever named Booster. Unfortunately, a misfortune happened to the dog: the pet tragically died in an accident in which Andrew was also involved.
The guy was beside himself with grief, but one of the members of the film crew came to his rescue — a firefighter named Peter. The man offered Andrew a retriever puppy as a gift if he was willing to adopt a new dog. 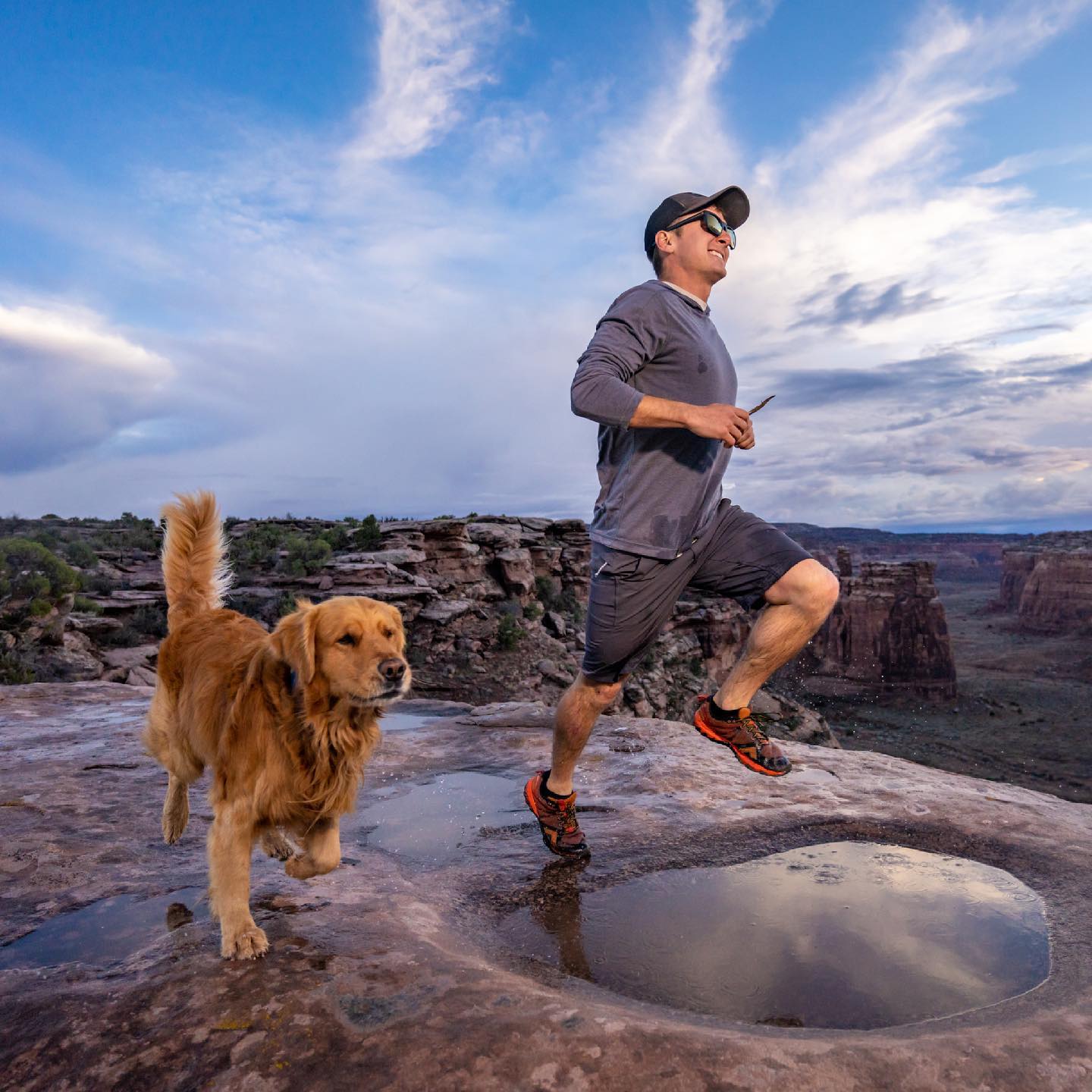 So a devoted four-legged friend appeared in the guy’s life, who was named Kicker. As a puppy, he started traveling with Andrew and clearly enjoys it!
The owner is surprised that the dog is distinguished by incredible fearlessness: he boldly goes on a paragliding flight, easily runs through the sandy terrain, feels comfortable on a raft and happily dives into the cool sea waters. 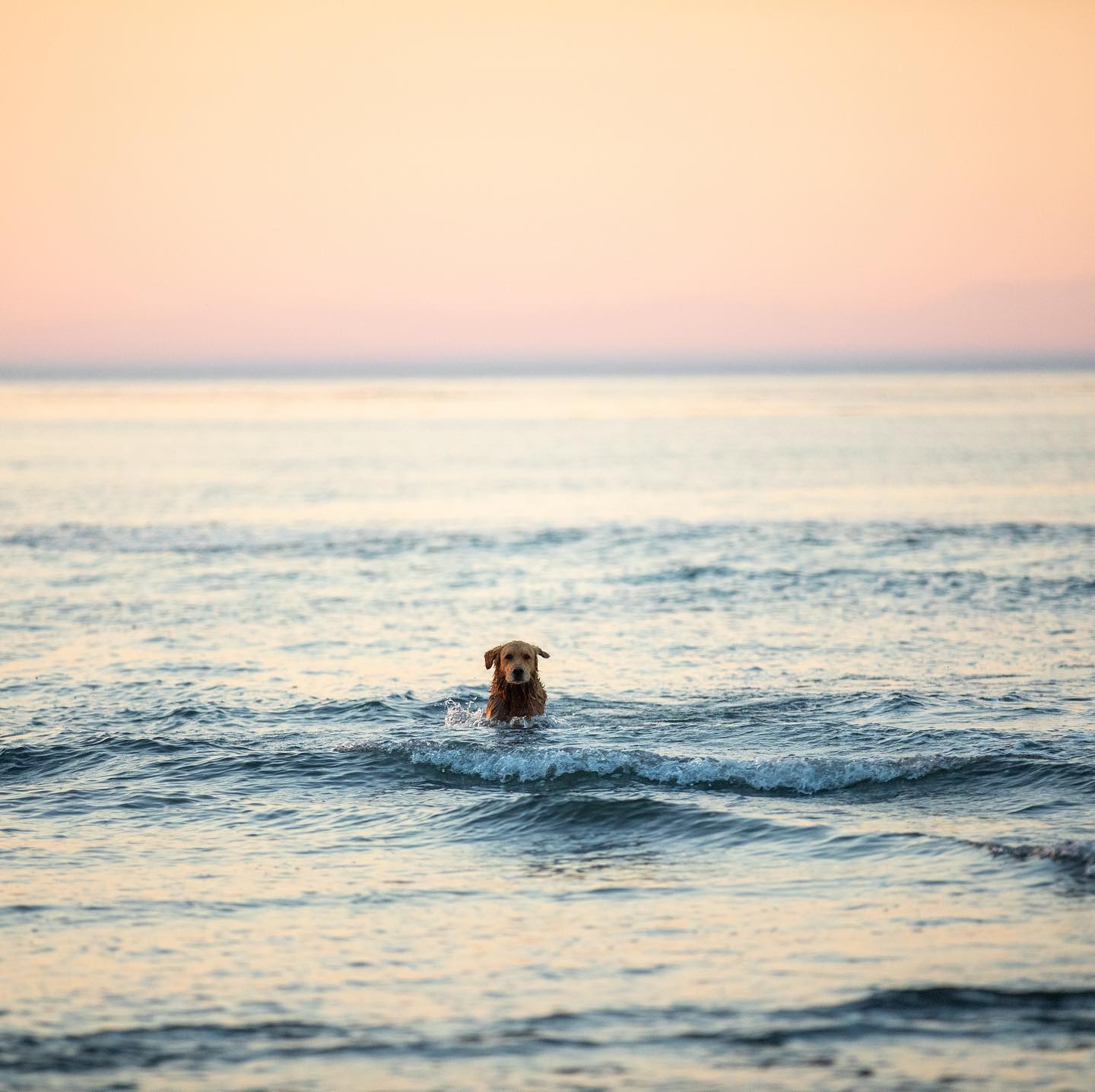 Andrew admits that his beloved pet is simply beside himself with happiness if he has the opportunity to be in the snowy mountains.
Snowboarding or snowmobiling, running and «bathing» in the cool white snow — this is real happiness for Kicker, and no weather conditions scare him! 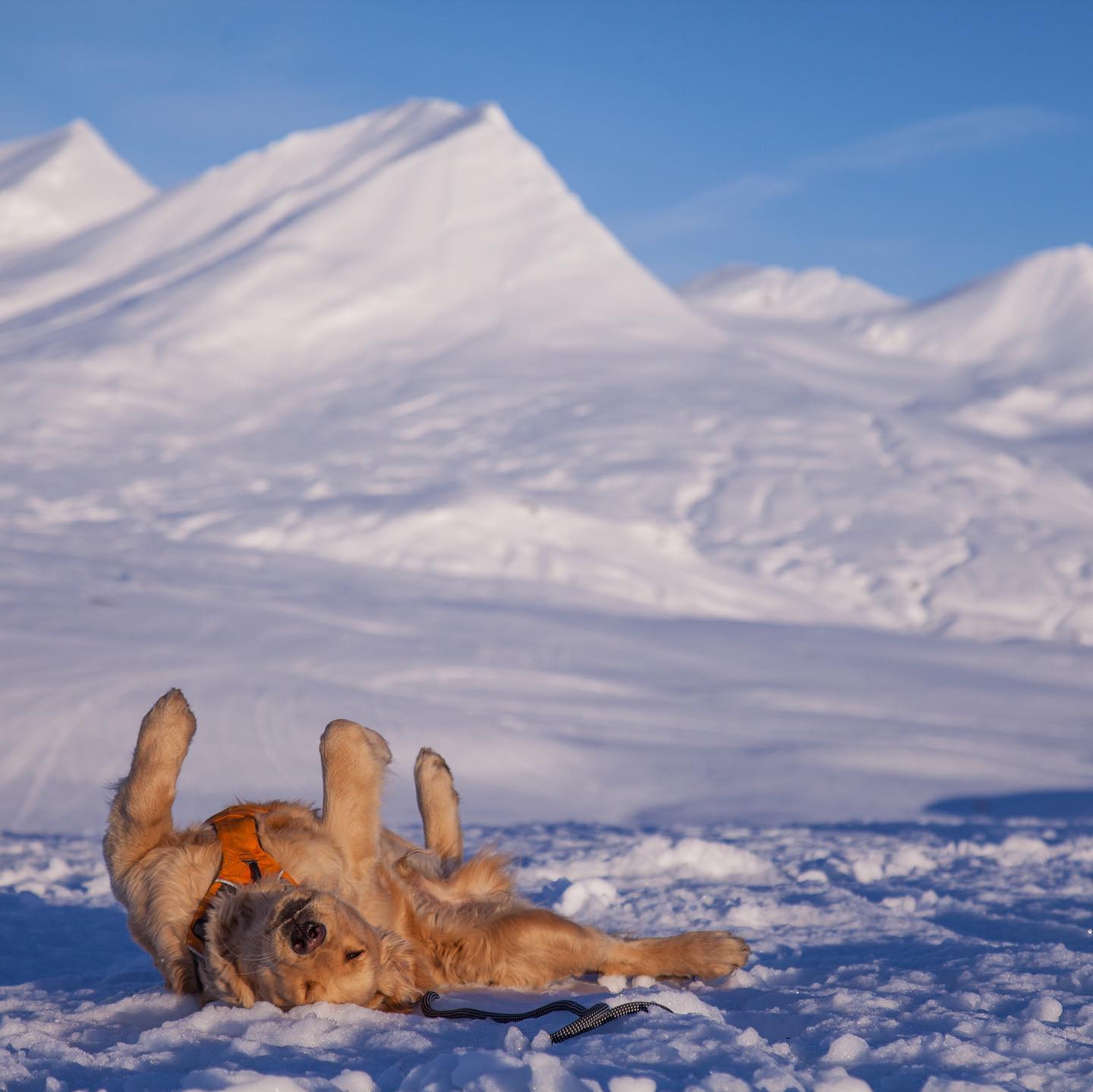 The main thing is friendship and trust!

People often ask questions about how the owner managed to raise a pet in such a way and teach it to travel. Andrew explains that you need to teach the dog gradually — introduce him to water or sand, showing that there is nothing to be afraid of. The most important thing, according to the guy, is to provide the dog with comfort and create a safe environment.

“When traveling with a pet, take care of food and water for him, as well as a sleeping bag or blanket for the dog to sleep on!” the guy advises.
Well, the most important thing is, of course, trust and strong friendship, and this really unites Kicker with his owner!