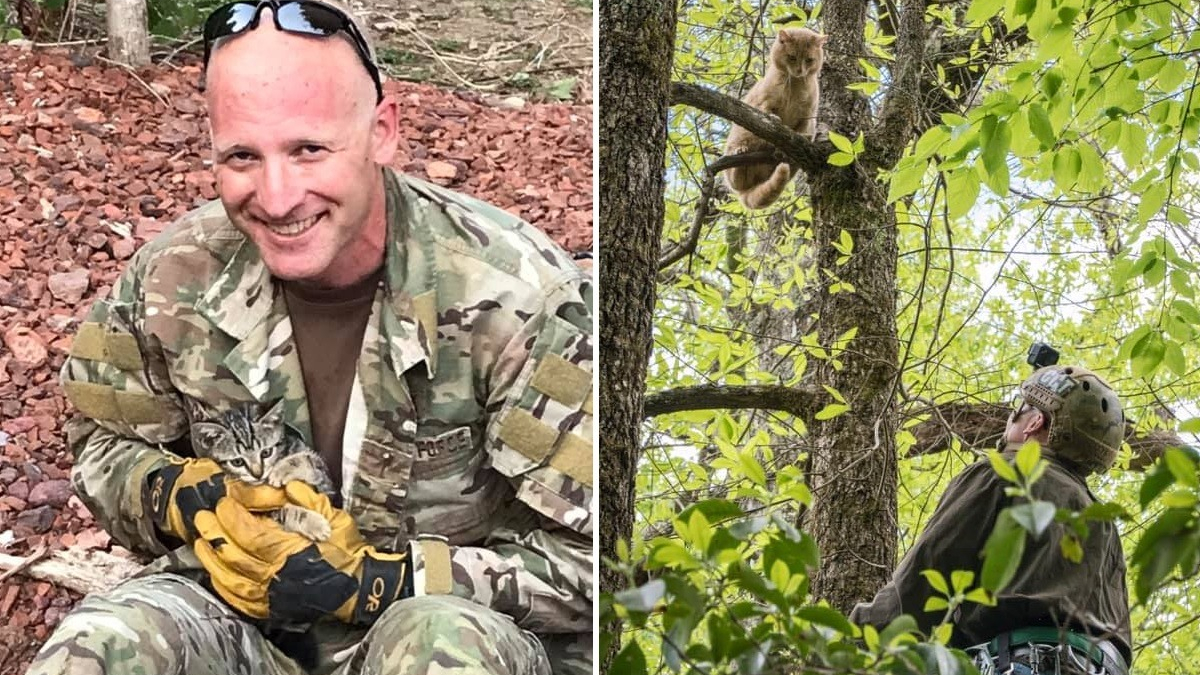 In Asheville, North Carolina, cat owners can count on a volunteer like no other to rescue their feline friends if they ever get stuck high in a tree. This is Spence Cocanour, former member of the US Air Force.

The specialty of this retired colonel was the management of air support. In other words, he marked targets from the ground for attack aircraft. A job for which he was called upon to overcome a variety of obstacles. “Part of my training was rock climbing, mountain climbing and tree climbing,” he said.

Returning to civilian life, he decided to put his skills at the service of rescuing cats, which he does for free. 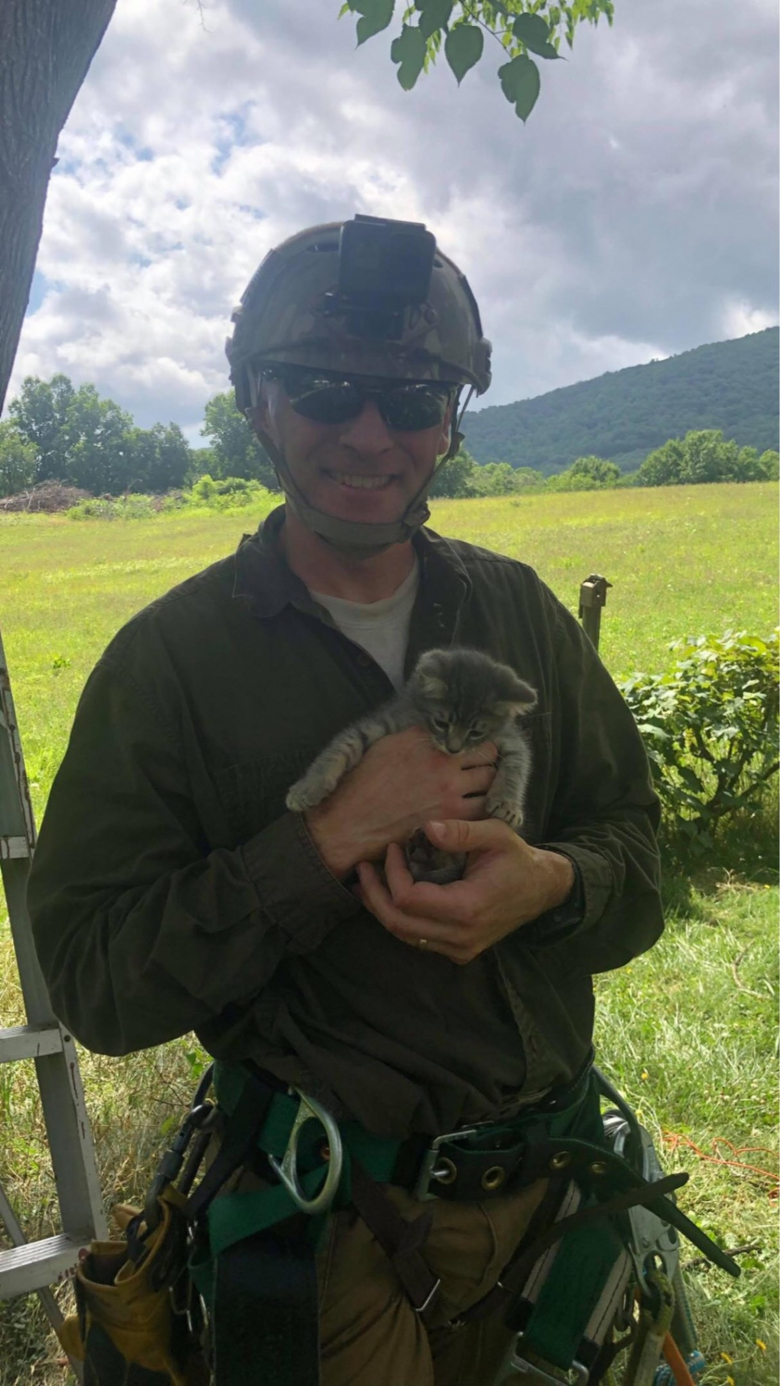 Whenever he learns that a cat is stuck up a tree in Asheville and nearby towns, Spence Cocanour goes to the scene with his climbing gear to rescue her.

The idea to help cats stuck in trees came to him while watching a documentary on the subject. He completed his first «mission» in 2019 after being drafted by the Brother Wolf Animal Rescue Association. 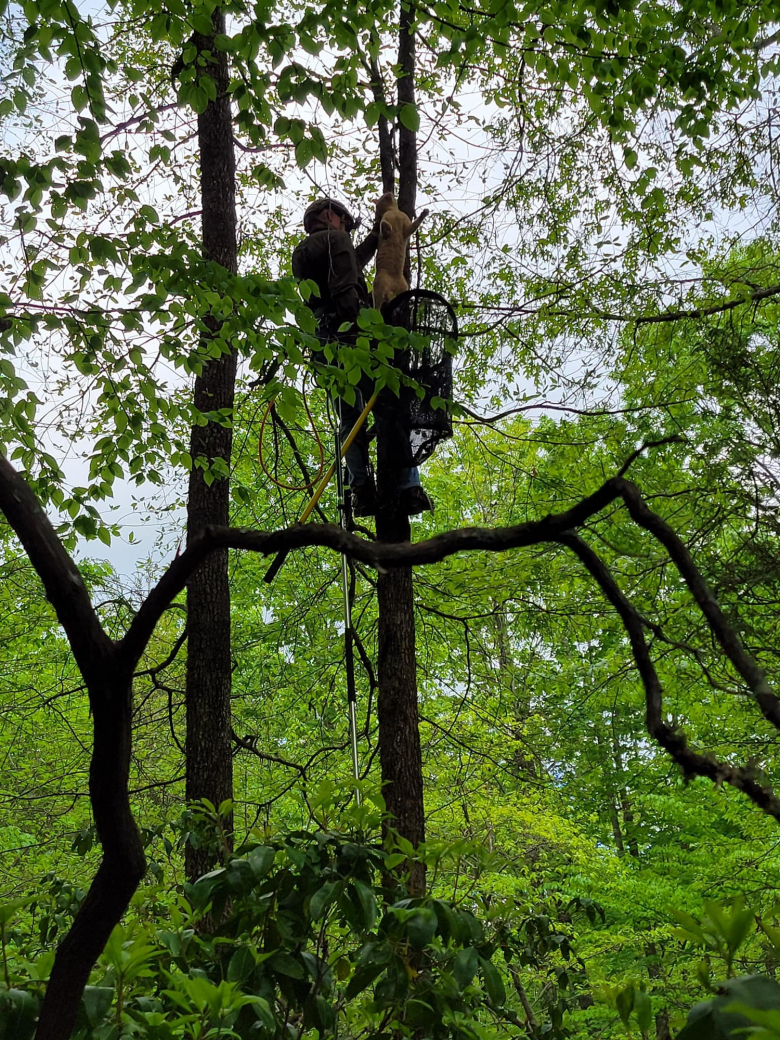 The latter was looking for someone to pick up the cat, which had climbed too high a branch and could not get down. The organization could not afford to pay a professional. Spence Cocanour saved him and then did the same for over 100 others.
He does not always act alone; his wife Amy, also a former soldier, often accompanies him during his performances. When she is not at the scene, she will take care of transmitting distress calls from cat owners. 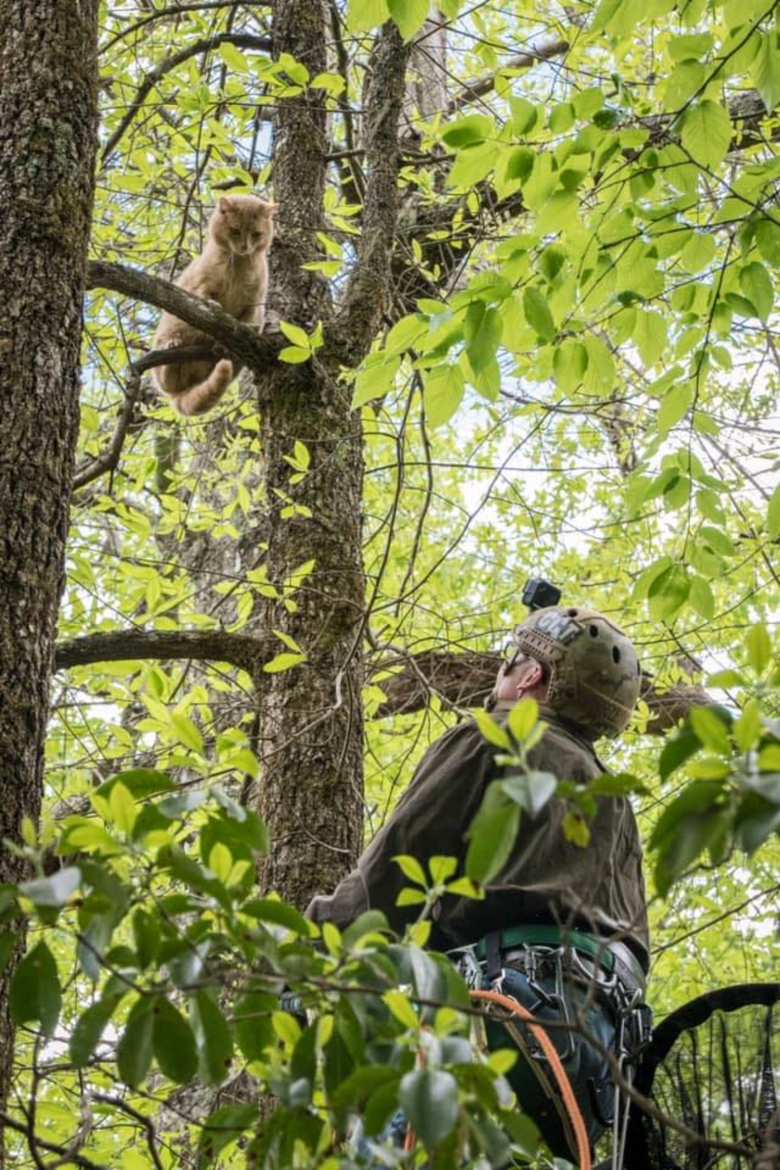