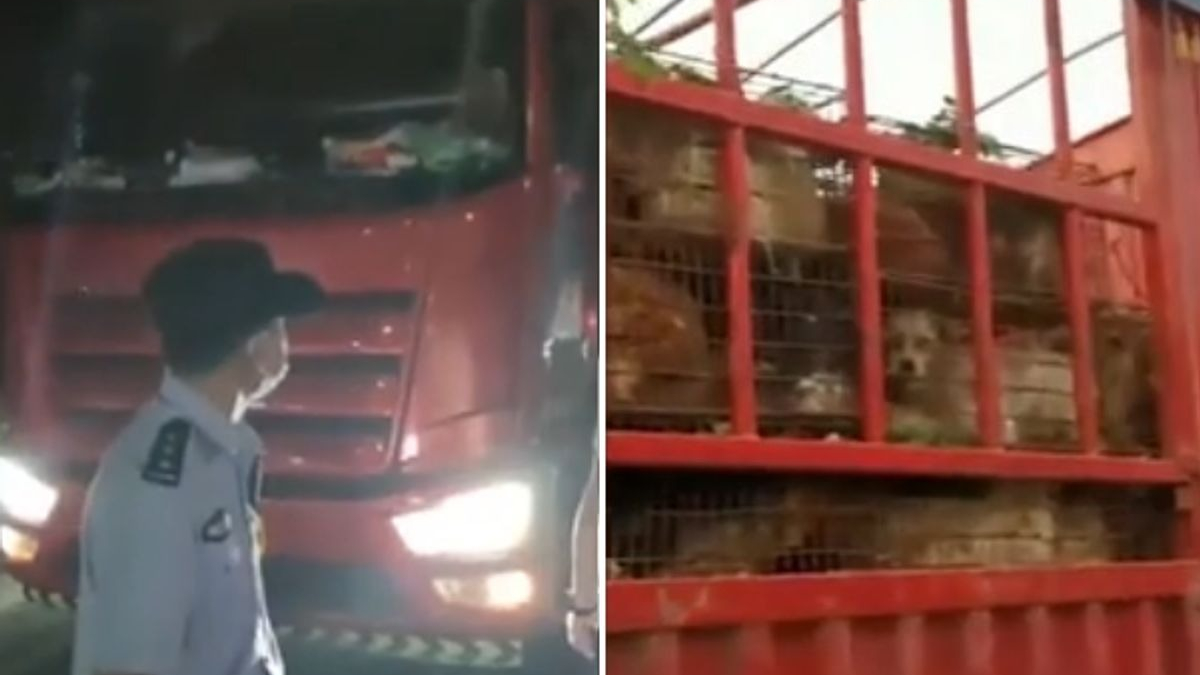 In China, a truckload of hundreds of dogs was detained by police and animal welfare associations in appalling conditions. The dogs were on their way to the infamous Yulin Festival, where they were to be slaughtered for meat.

Nearly 400 dogs have been rescued on their way to certain death in Yulin, where the Lychee and Dog Meat Festival kicks off today. Police and activists intercepted a truck that was taking them there, Newsweek reported on Monday, June 20.

The event took place Sunday on a highway in Shaanxi province and was filmed by its protagonists, including volunteers from China Animal Protection Power and Humane Society International.

The said festival is held every year in Yulin, in the south of the country, on the occasion of the summer solstice. Thousands of dogs are killed there and their meat is eaten.
“I am so proud of the Chinese animal activists and the police, whose response was vital because without them, these dogs would have already died in the Yulin slaughter,” said Peter Lee, a policy specialist at the International Society for the Protection of Animals.