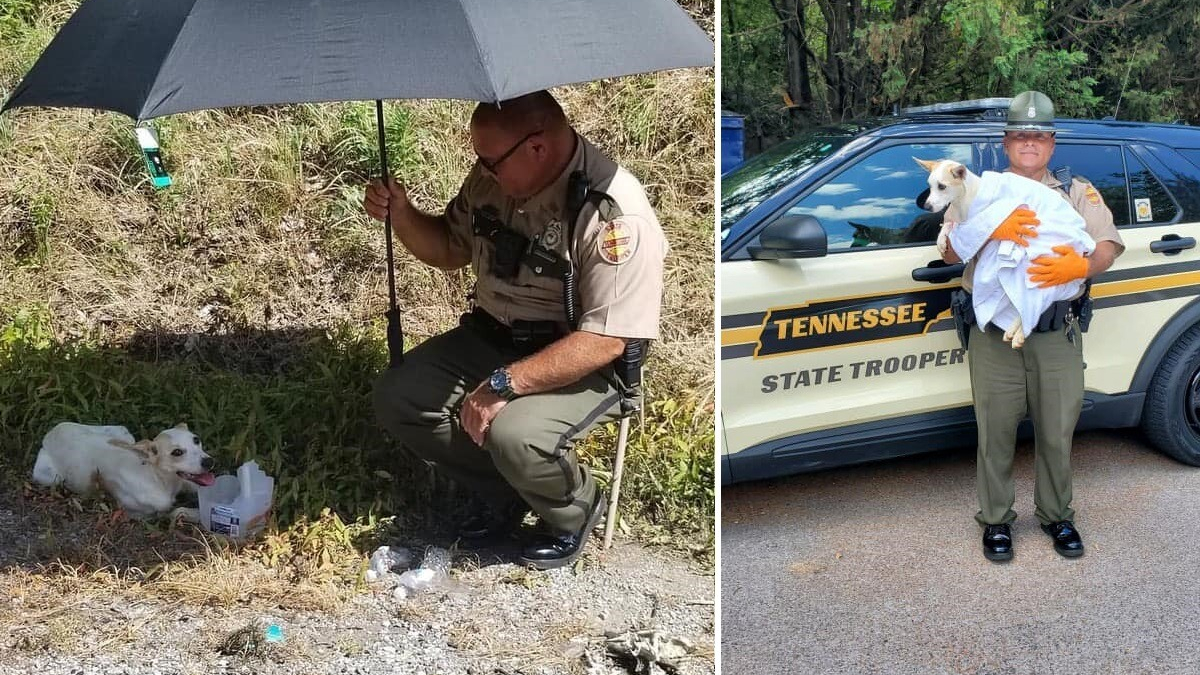 The very sweet gesture of a Tennessee police officer who stood next to a weak and sick stray dog, covering it with a sunshade, touched many Internet users. The man did not stop there, as he adopted her, reports 11 Alive on Friday, June 24.

In mid-June, a Tudors officer from the Tennessee Highway Patrol was alerted by a motorist to an animal in severe distress. Kaye Fiorello was driving down Interstate I-75 when she noticed the silhouette of a dog lying in a ditch next to an alley.

That day the temperature was 36°C. The nearly immobile and in pain dog also had to suffer the effects of extreme heat and dehydration. Approaching her, the policeman realized that he first needed to win her trust before he could come to her aid.

He first gave him water in a bowl, which he had just made hastily by cutting out a small vessel. Then he sat down, holding an umbrella over her to protect her from the sun. Officer Tudors was later able to put her in his squad car and drive her to an Animal Control Service shelter in Cleveland. 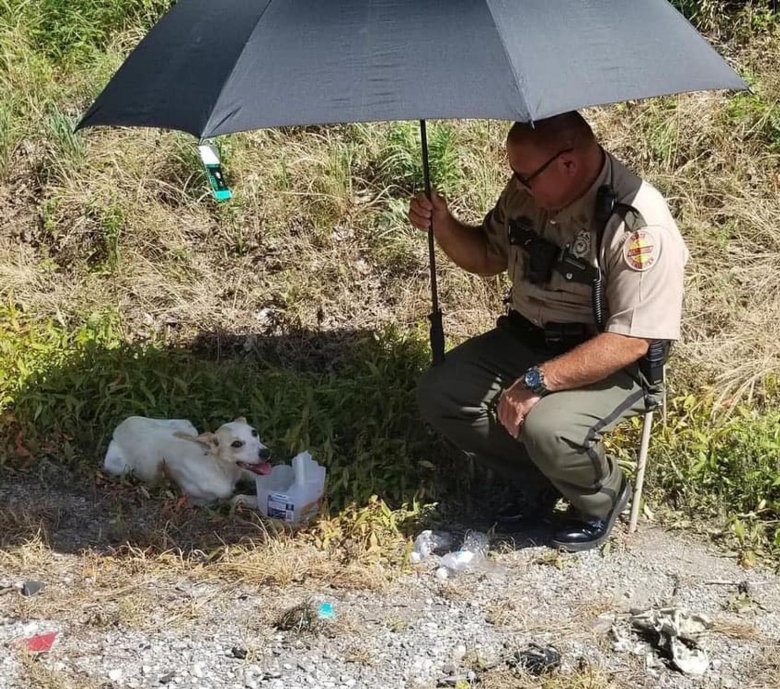 There was talk of giving the dog up for adoption as soon as she recovered, but she didn’t have to wait long. His savior made him the newest member of his family. She even already has a new name: Princess.

She still needs to be cared for at the shelter before she can open her new home.