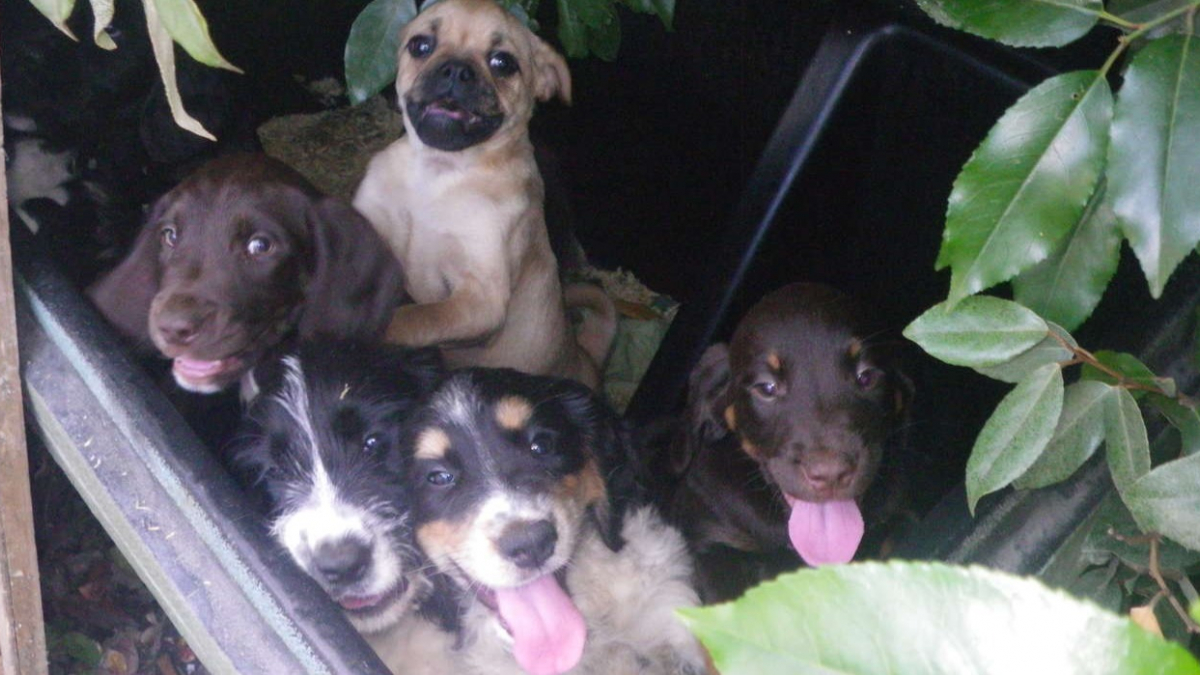 Sick, these young dogs could not be sold by their former owner, who simply decided to abandon them on the spot, in the oppressive heat. Fortunately, the association intervened.
In England, the RSPCA reported that a man in a van tried unsuccessfully to sell sick puppies. Mel Fisher, an inspector for the British Animal Welfare Association, immediately went to the scene, noting that the man had left in the meantime. However, his car was still there. First of all, she discovered that he abandoned the young dogs on the spot. 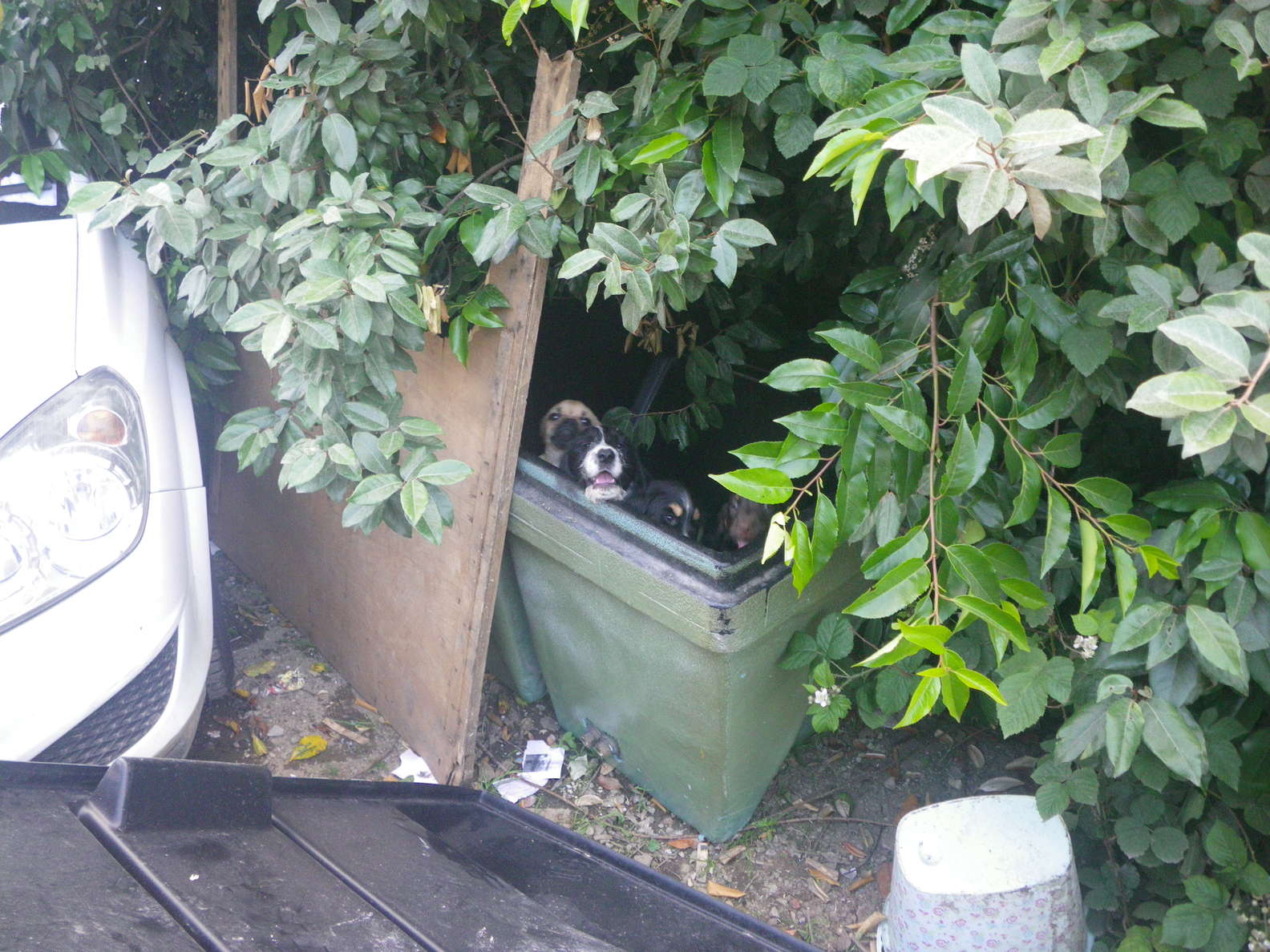 The latter were dumped into a box hidden behind a bush. There were 9 of them: 5 females and 4 males. They of different races and ages seemed literally crushed by the heat. “They were lethargic and calm. They had diarrhea,” said Mel Fisher. 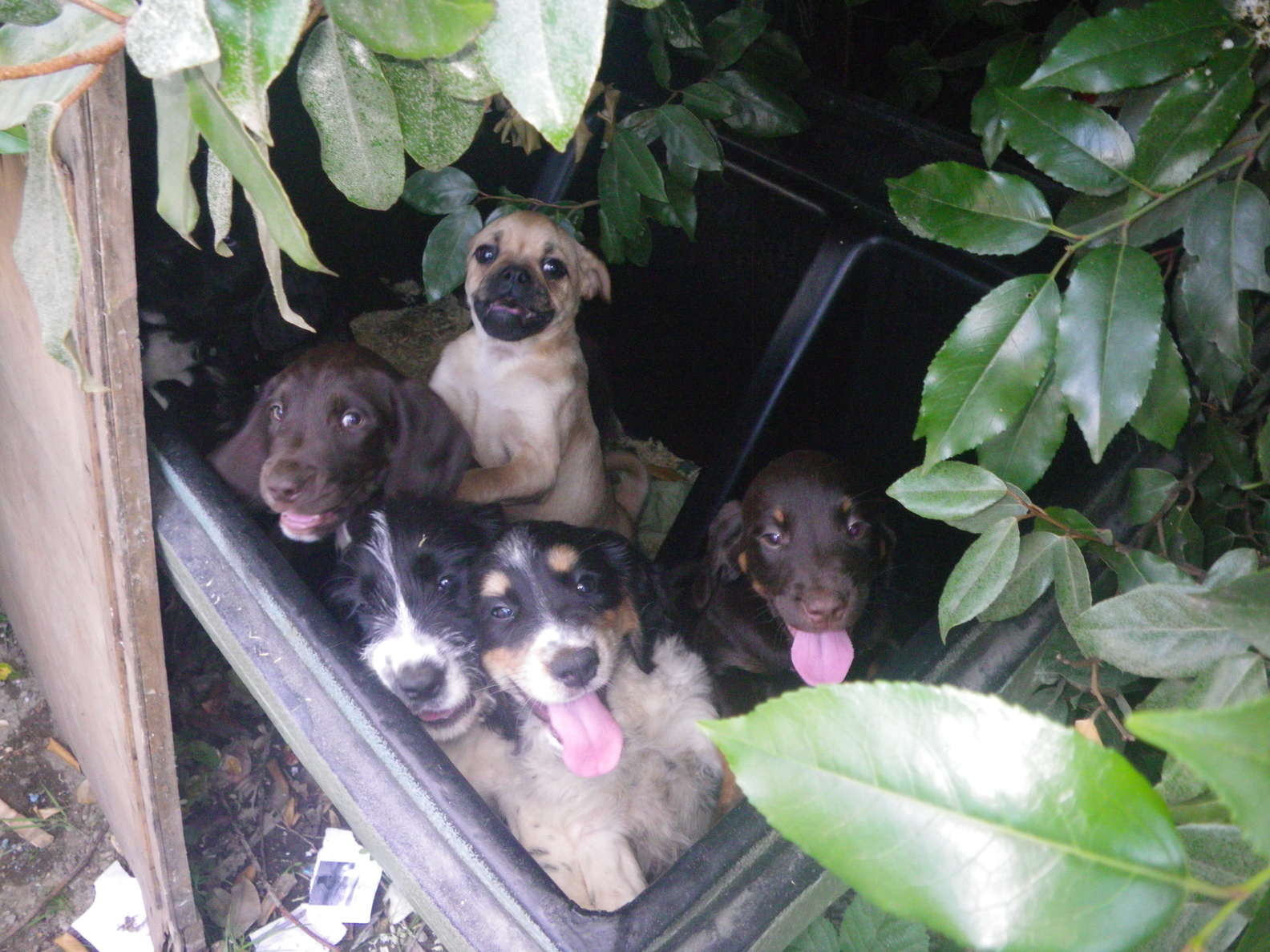 She immediately took them to the nearest veterinarian for an examination and then to the local RSPCA’s premises, in this case the Blackberry Farm Animal Center. This refuge is located in Aylesbury, almost 70 km northwest of London. 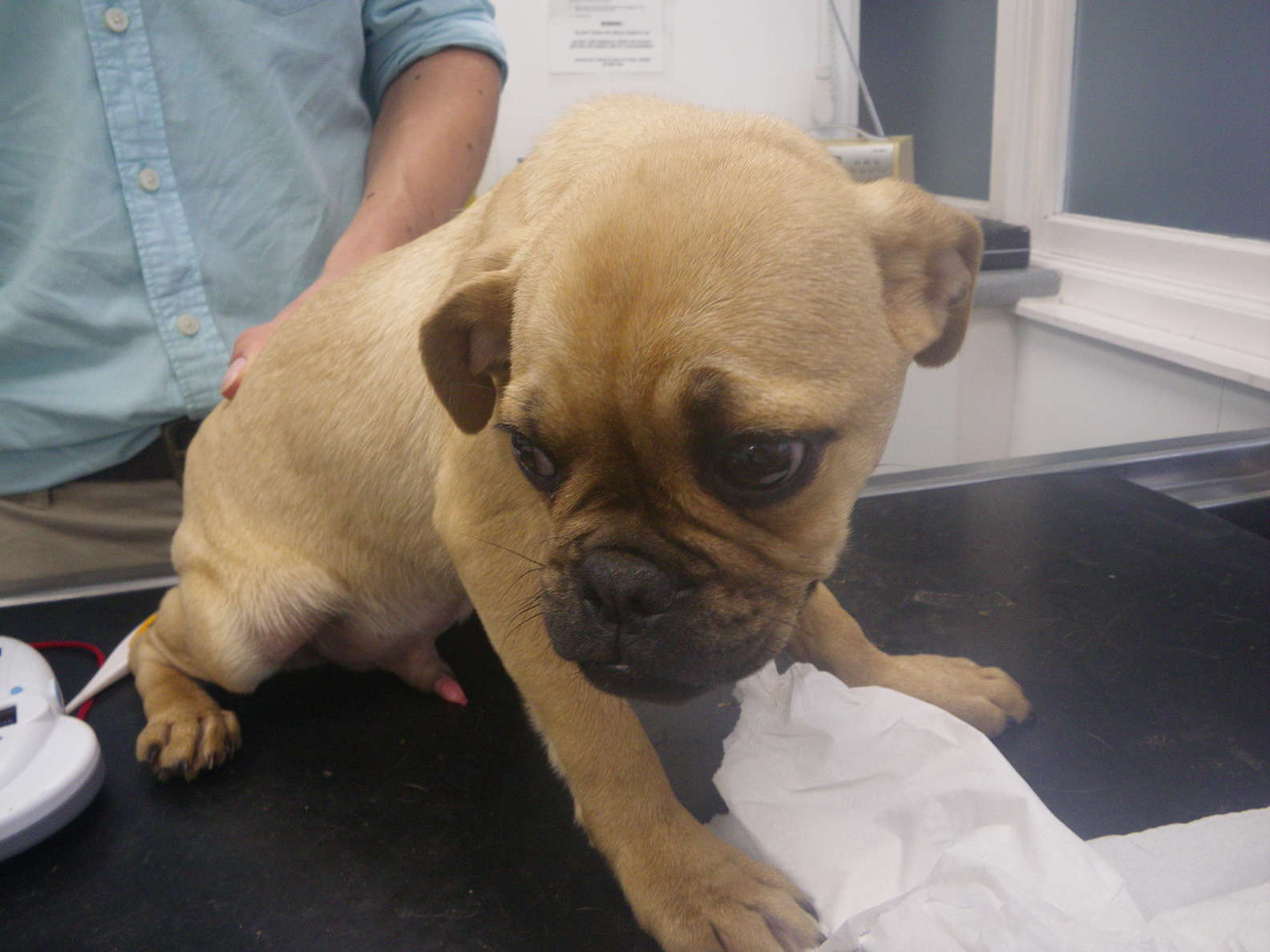 Fischer ate and the rest of the team was worried about the health of the puppies. Fortunately, thanks to their care, after a few weeks everyone was out of danger. They were given the names Jerry, Jim, Joey, Norman, Agnes, Barbara, Cheryl, Davina and Denise.

Offered for adoption, they all quickly found loving families. They were able to meet again a few months later, during an event organized by the RSPCA.