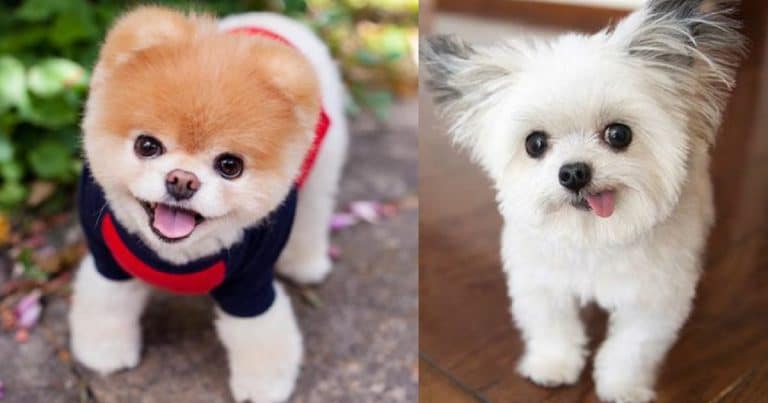 Very often, the heroes of funny videos or models for interesting photos are dogs that are remembered for a long time and become real celebrities! They have fans, and their Instagram profiles are replenished every day with more and more new subscribers.

1. Boo
This charming Spitz has become famous all over the world for his unusual muzzle and haircut, which made him popular among children and adults! The kid is distinguished by amazing artistry, very charming and just loves to pose for the camera. He was even given the title of the cutest dog, and Boo also enriched his owners well, because he became a kind of brand! 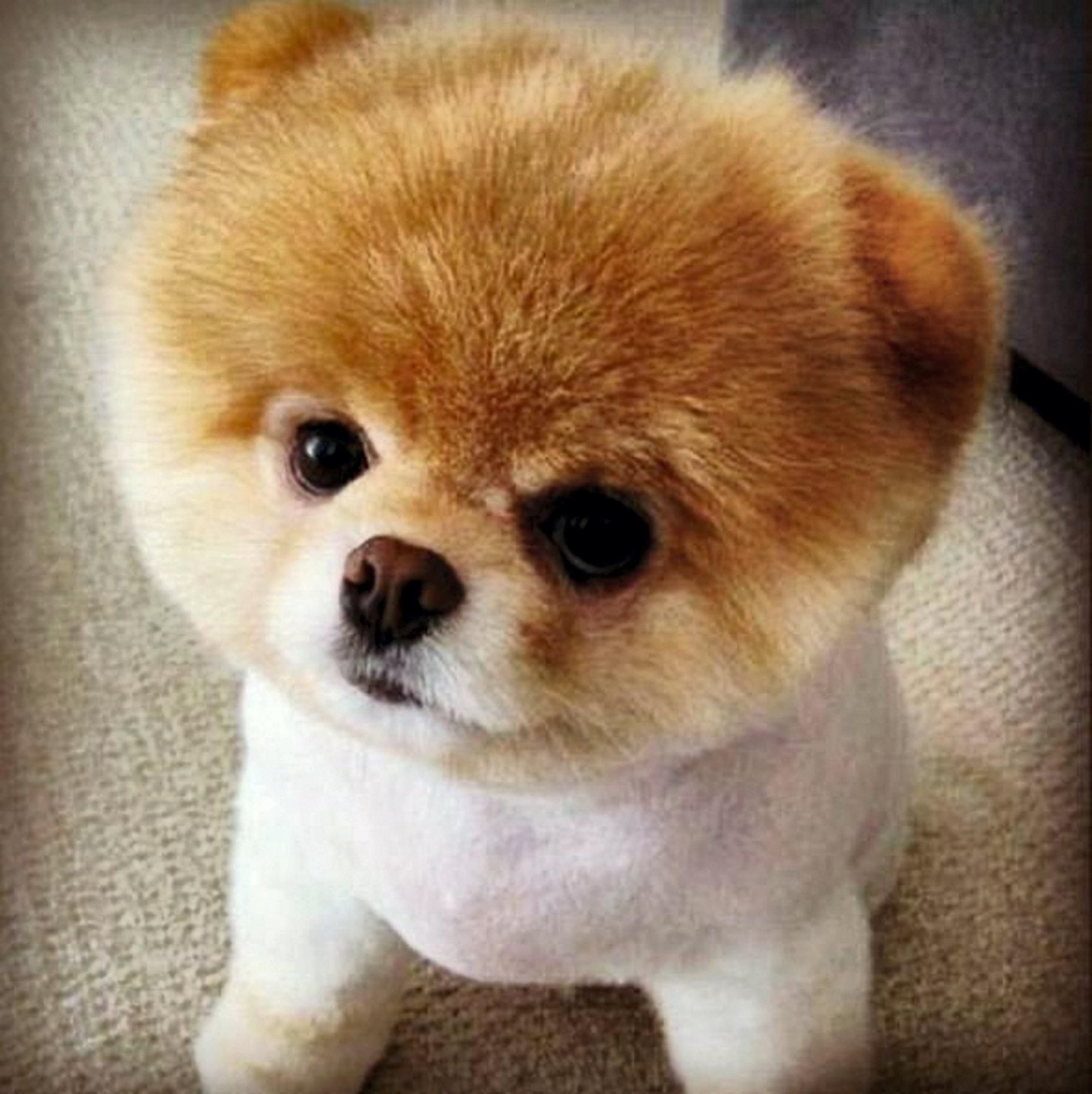 2. Doug
Handsome — a pug named Doug — not only the owner of an army of fans, but also a real four-legged star. This baby has repeatedly appeared in advertisements and even starred in television projects. Doug’s life is followed by 3 million subscribers, and, they say, even some Hollywood stars are among the fans of this little one! 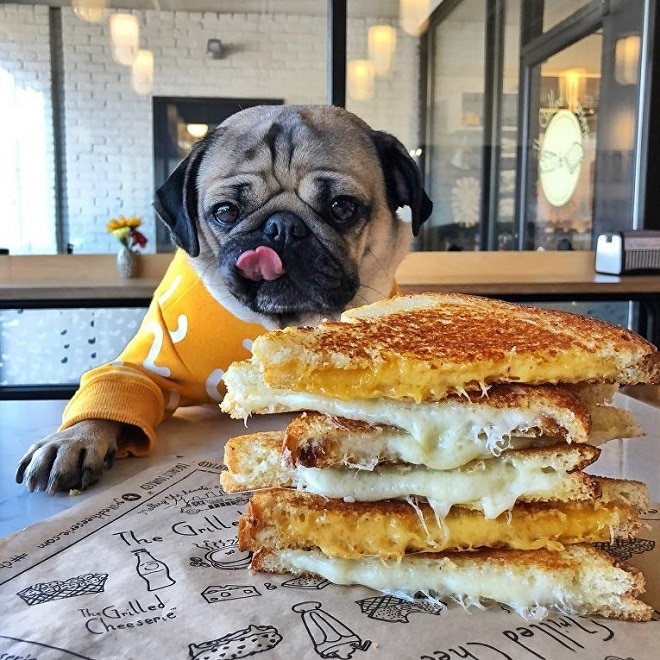 3. Marutaro or just Maru
And this is a dog breed Shiba Inu (Shiba Inu), who became famous for being able to smile good-naturedly. It can be safely called a ray of sunshine and the most positive dog in the world! Maru lives in Japan but is known everywhere! The owners even opened a small shop where you can buy a little thing with the image of this cute dog. It is no coincidence that they love him, because who else knows how to smile so sincerely, no matter what? 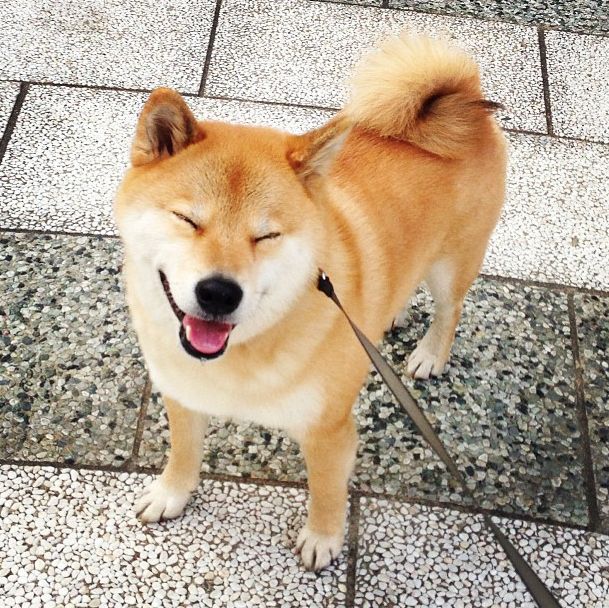 4. Marnie
The baby Shih Tzu is famous for having a very unusual appearance. Congenital and acquired defects helped her become recognizable, and she gained popularity. It is worth noting that before «declaring itself» to the world, the dog was homeless. Fortunately, the new owners took the unusual pet home, and now Marnie is known to many Internet users, and also adored by her fans, of whom she has about 2 million! 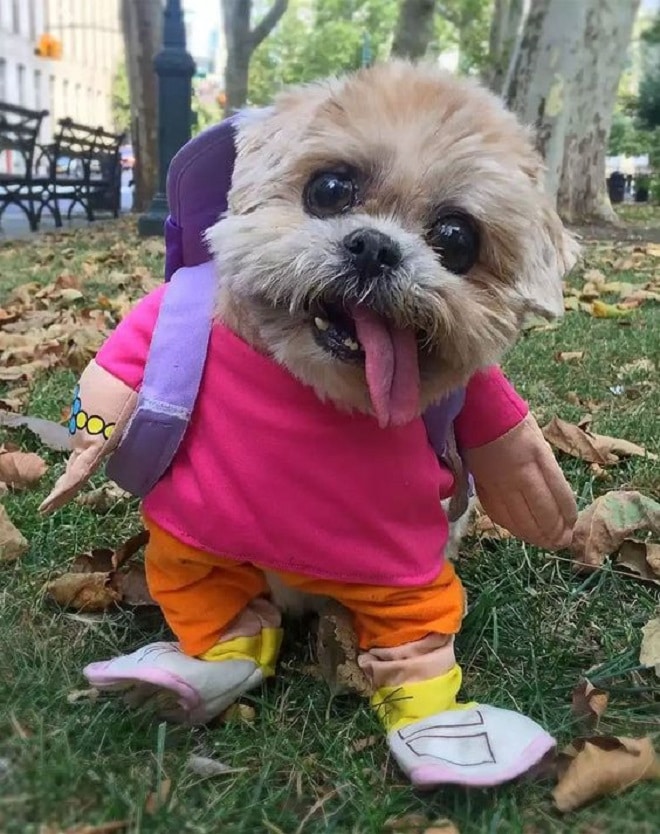 5. Tuna
Very often, mixing breeds gives interesting results, but in the case of a dog named Tuna, something went wrong, and the baby turned out, to put it mildly, peculiar.
The elongated muzzle, protruding teeth and the specific shape of the jaw may not please everyone, however, Tuna not only found owners, but also became popular all over the world! Non-standard appearance has become the hallmark of our hero, and today he has over a million subscribers! 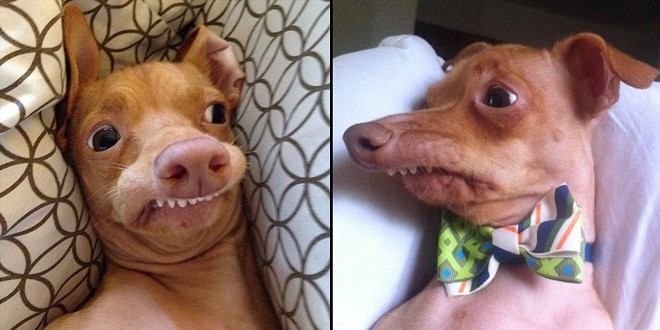 6. Minnie and Max
Well, this couple of pugs became famous not only for their cute faces, but also for their ability to simultaneously shake their heads from side to side. Internet users liked their funny antics so much that soon the dogs became participants in many TV shows! They are distinguished by good nature, the ability to have fun and, of course, natural artistry, which allowed these cute dogs to win the hearts of many people! 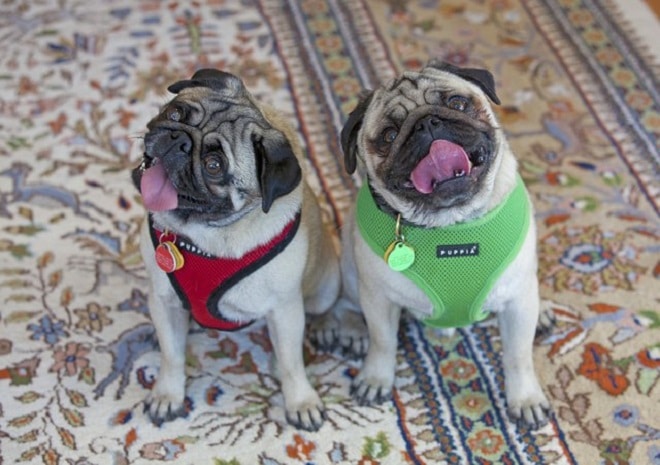 7. The Bear
Remember the Siberian Husky that says «I love you!» quite clearly? This is Mishka, a charming Youtube star who became famous for not only talking, but also singing along to cheerful music.
Of course, to match the sounds made by the dog and the melody, a music editor was required, which created the effect of “singing” according to the notes, but the essence of the matter does not change — the dog has won fans all over the world! It is enough just to say «Bear» — and this cute pet will immediately come to mind. 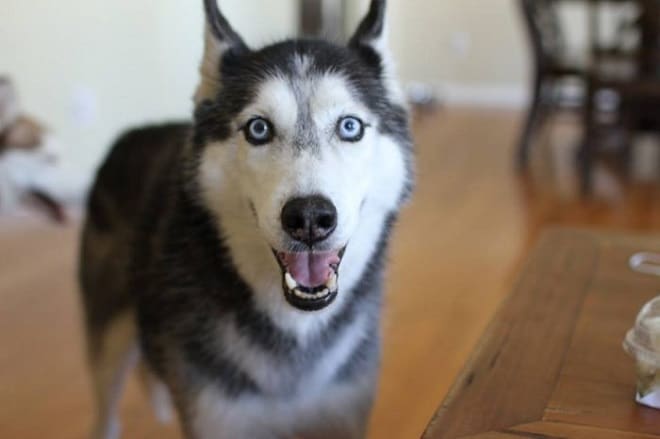 8. Manny
A French Bulldog named Manny is not only very popular, but also incredibly sociable. He loves to make friends, and his face always radiates charm. Manny has a huge weakness for the washbasin and often even falls asleep in it.
However, it was not this that brought him fame, but participation in various advertisements and cooperation with brands, the “face” of which this cutie became. One of them is American Apparel, which chose a bulldog as the «model» for a dog clothing ad. 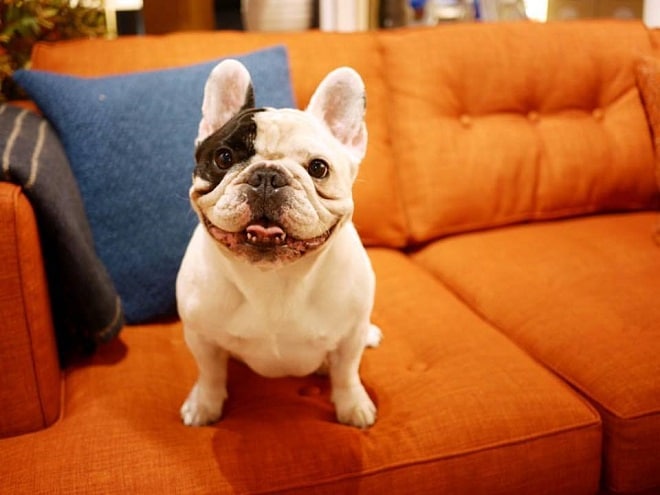 9. Norbert
This dog has a specific muzzle and became famous for not being able to keep his tongue behind his teeth. In the literal sense of the word! The baby’s tongue falls out all the time, which gives it a somewhat comical look. Norbert’s breed is not easy to determine, but presumably he has a triple «mixture»: something from the Lhasa Apso, Chihuahua and Cairn Terrier. It did not go unnoticed, and today more than 600 thousand people have subscribed to it. 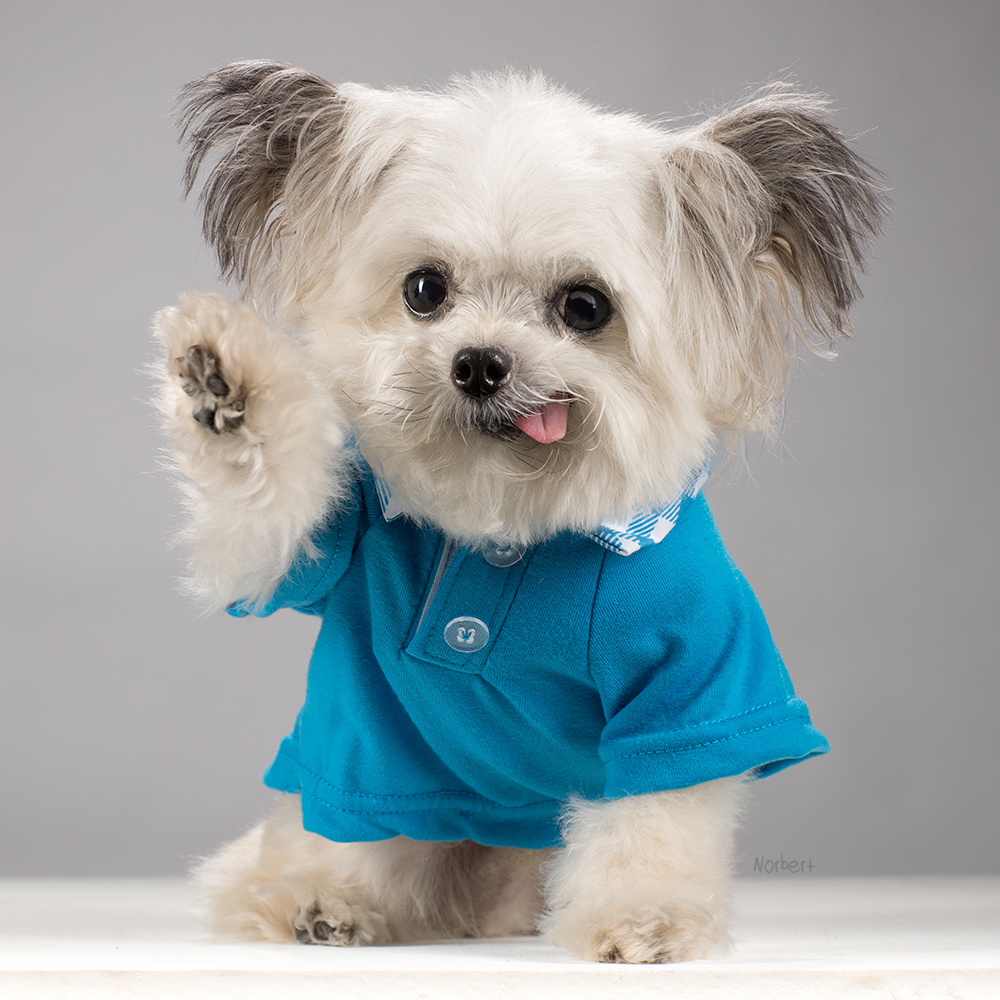 10. Sir Charles Barclay
We have another French Bulldog on our list — this time in white! When he was just born, the owners decided to start an Instagram page for him, after which subscribers began to follow the growing up of the baby. Photos of the cute dog have attracted at least 450 thousand people, and now this figure is only increasing. Well, in fact — how can you not fall in love with this glorious attractive face? 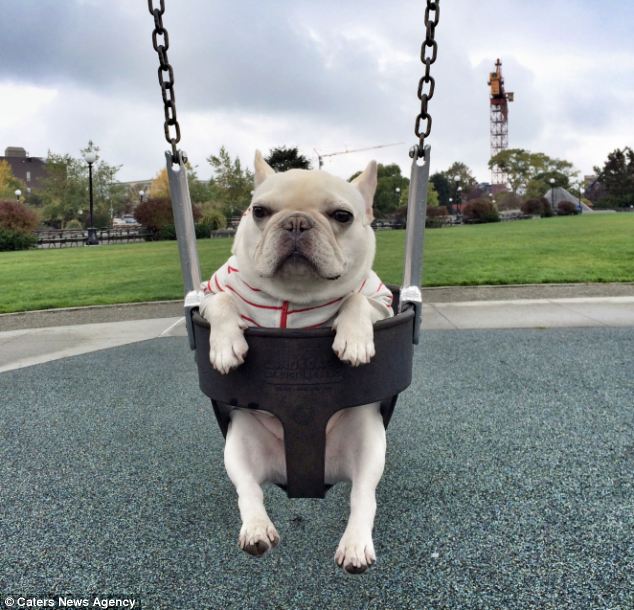