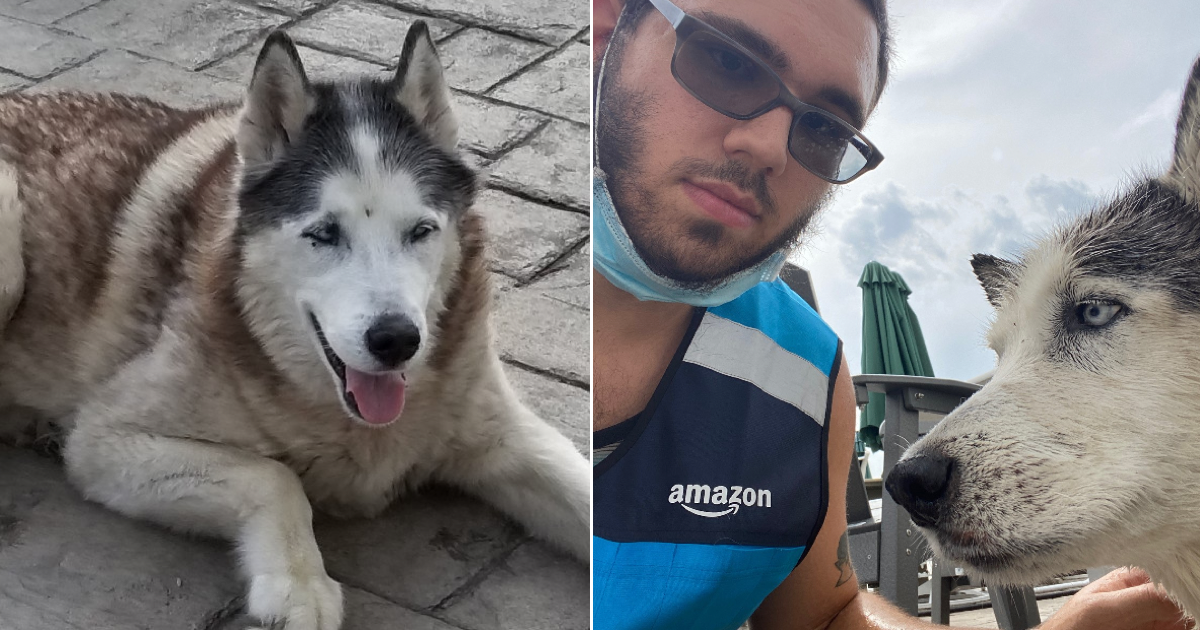 John Cassabria, an Amazon delivery driver from Warburn, Massachusetts, dived into a pool to rescue a 14-year-old husky. The guy, noticing the barely visible muzzle of the dog above the water, immediately, without thinking for a long time, rushed to help, reports usa.one.

John Cassabria had a regular working day. The guy, laying out the packages, saw the muzzle of an old 14-year-old husky dog swaying above the water in the pool of one of the houses in Warburn, Massachusetts. Jumping over the garden fence, the guy in a hurry dived into the pool and pulled the dog out of the water. 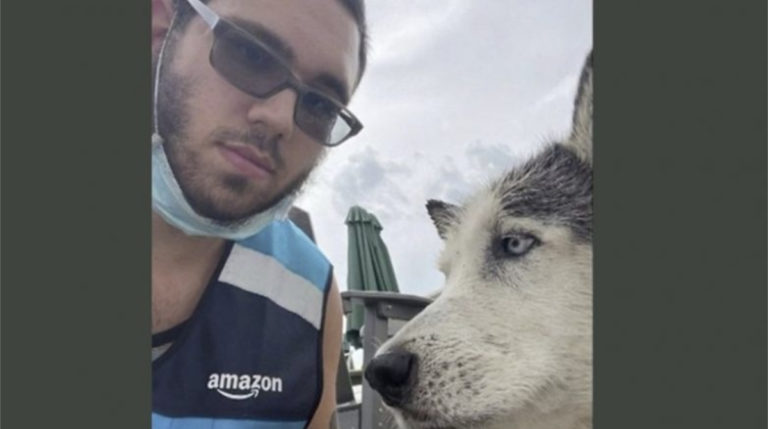 The owners of a dog named Luke, who went on vacation, leaving their pet at home alone, received a call from the animal protection service and said that an Amazon driver had saved their dog.

Recalling what happened, the guy told CBS:
“I jumped into the pool in what I was — with a phone, a wallet, a watch. None of this mattered. At that moment, I only thought about the dog.”

“I was in the right place at the right time. I would definitely do the same if I had to.»
“The dog, jumping into the pool for a bone tangled in a hose, might not get out on its own, as it is already weak on its paws due to its age and could not hold out for a long time on the water,” said the dog’s owner, Julie Caldwell.

Hearing about the miracle of saving her pet, the woman could not hold back her tears.

The delivery man stayed with the frightened dog for about 1.5 hours, waiting for the arrival of the animal control service.