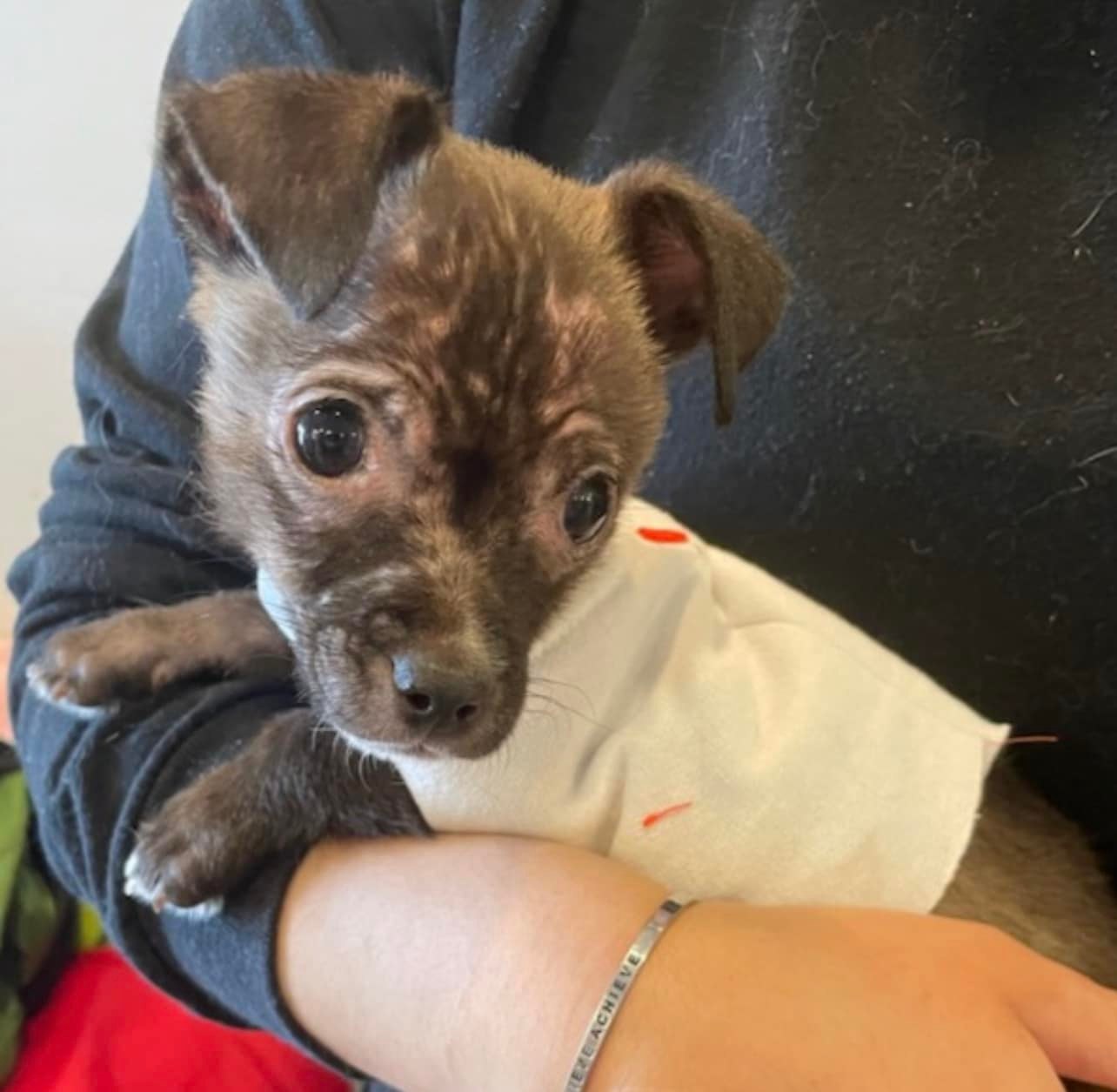 A small Chihuahua was found on the side of a road in Massachusetts, abandoned in a shipping crate, when a snow storm was announced in the region. With the support of the shelter, he became the mascot of the local police, whose employees became very attached to him. 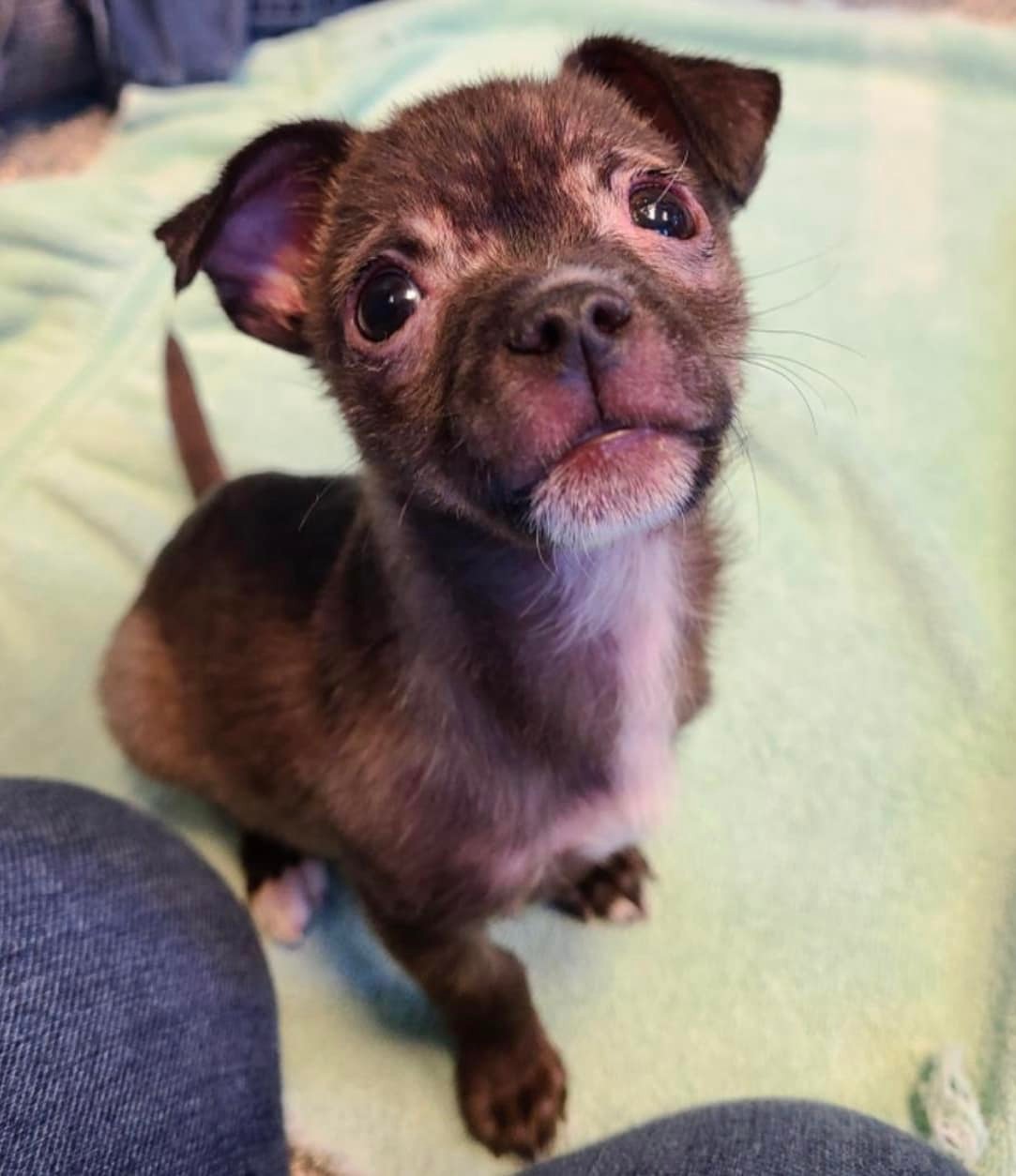 A victim of abandonment, the puppy was adopted by police from the police station after he was rescued, WCVB reported on
April 4.
On February 26, a woman made the sad discovery while walking her dog near her home in North Attleborough, Massachusetts (Northeastern United States). She found an abandoned Chihuahua puppy in a cage on the side of the road.

The small fang was found just in time, as the blizzard was about to hit the area. After he was cared for by a local shelter, North Attleboro Police launched a social media search for witnesses and launched an investigation.

The woman post on her Facebook page that puppy in question was about 12 months old and dehydrated. She asked anyone who might recognize him to come forward.

As his strength and health improved, the young Chihuahua, named Axel, spent more and more time with the police. He took part in various activities and activities run by the police station, such as collecting books. 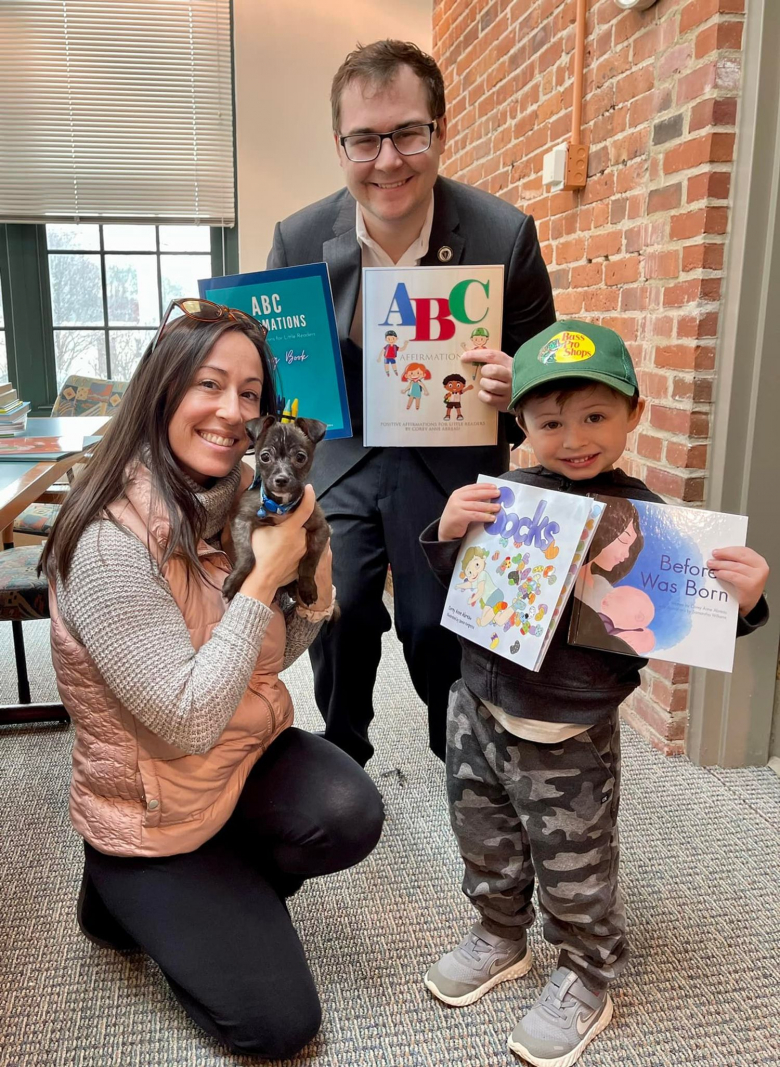 The puppy even led first aid training, as seen in the photo below. 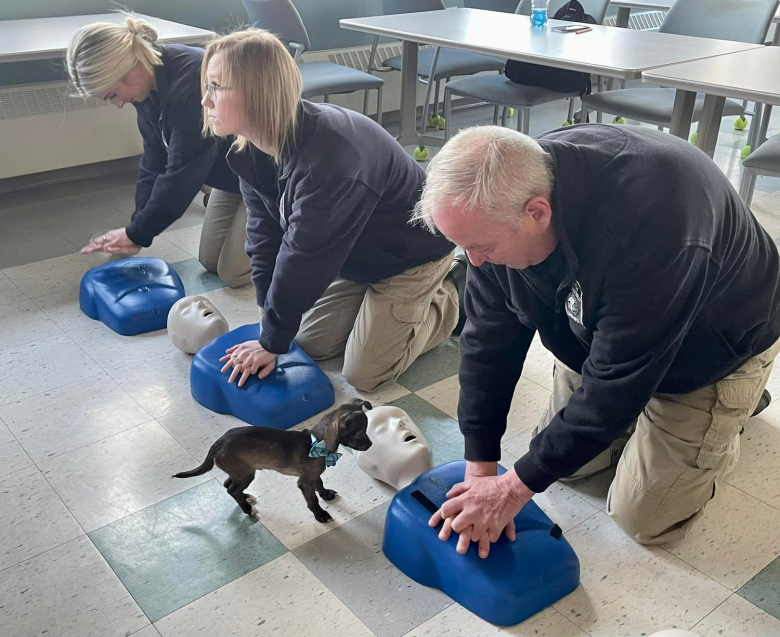 On March 24, North Attleborough police announced the arrest of the thrower. That morning, Dominique Scott appeared in Attleborough District Court for animal cruelty.
His owner was arrested and tried, Axel was adopted by the police. 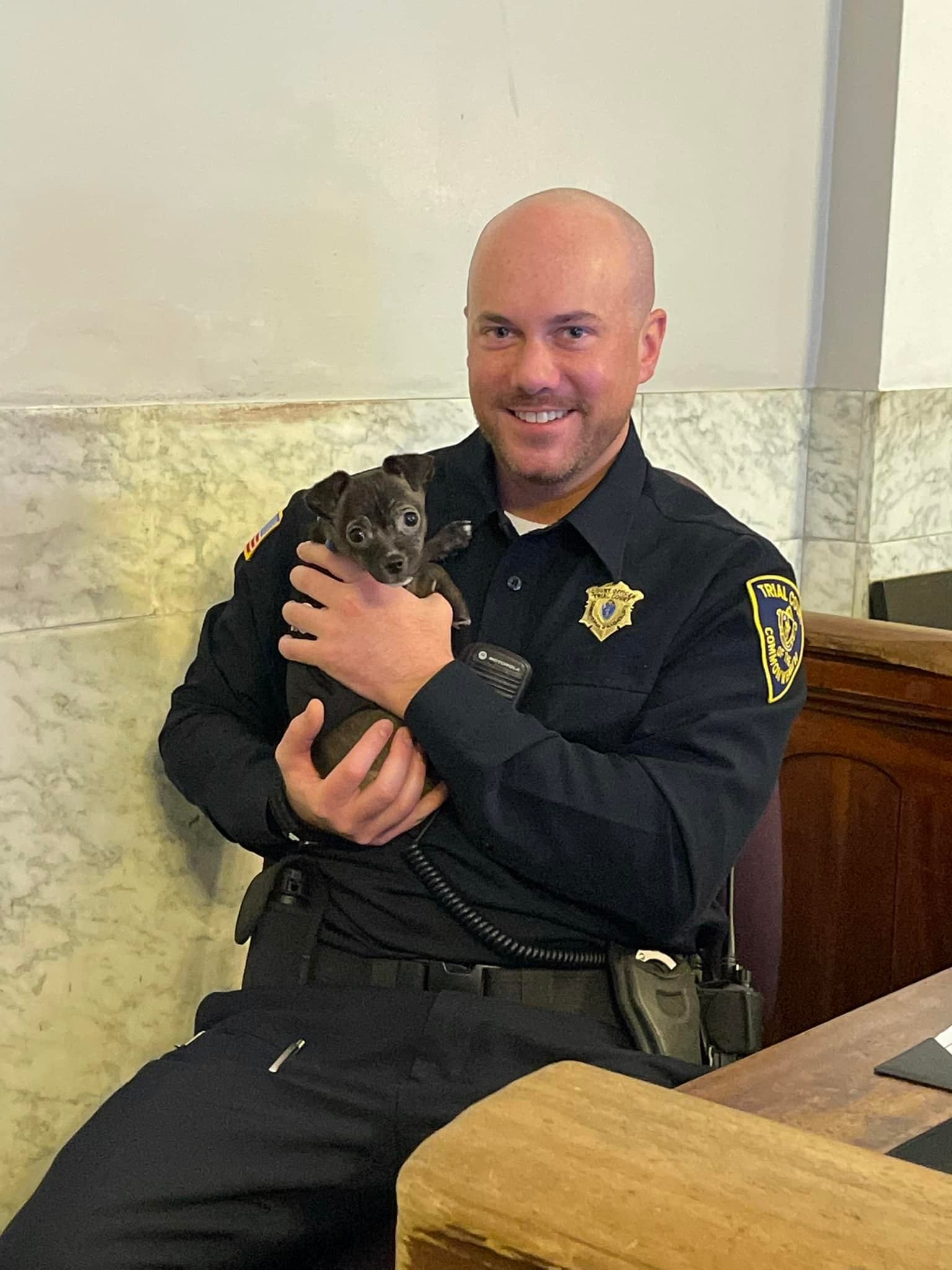 Law enforcement and the orphanage were now looking for a new loving family for Axel. After all, it was the police who formally adopted him. In a touching video posted yesterday, we see the entire police team celebrating their newest member. 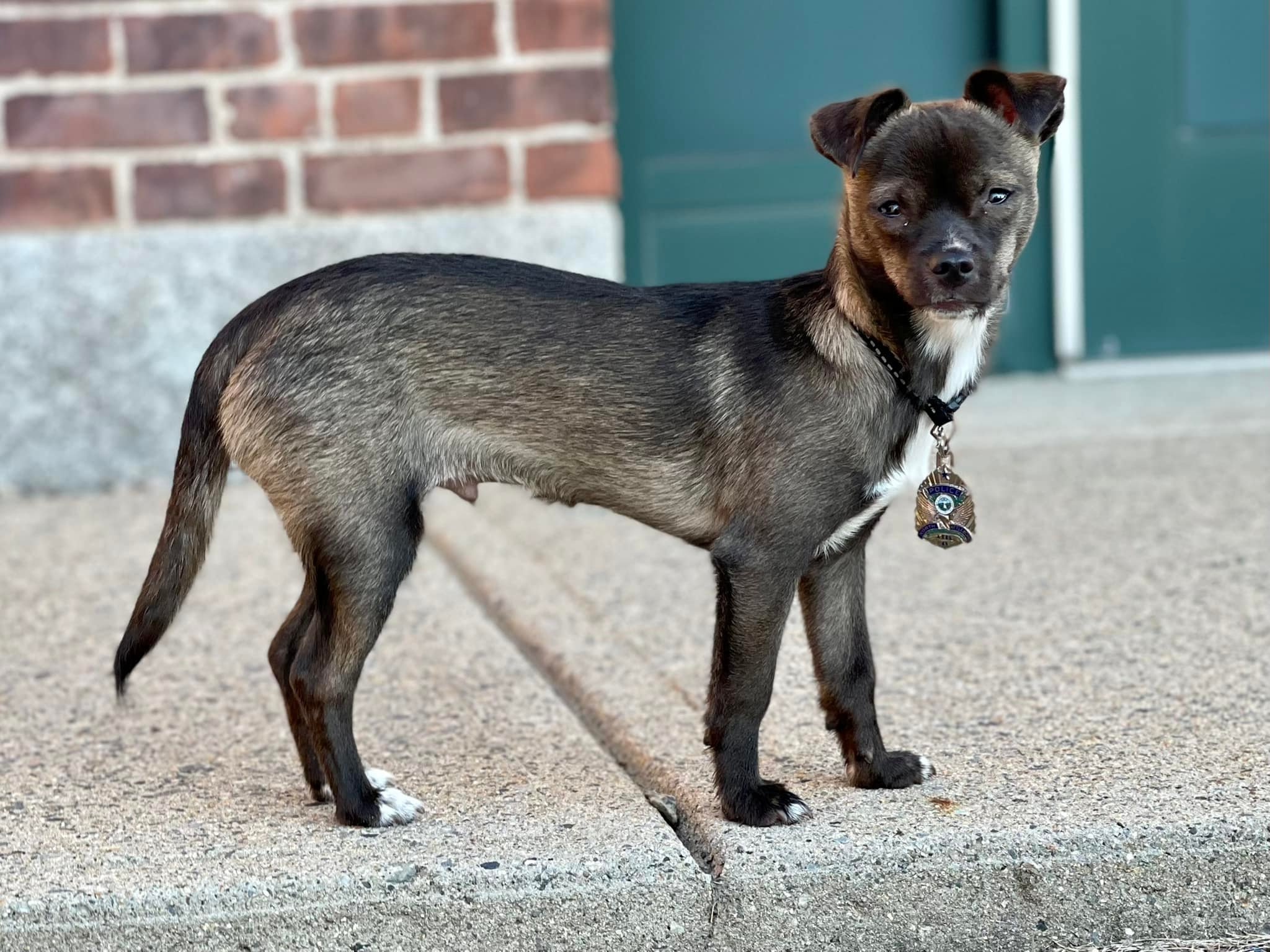