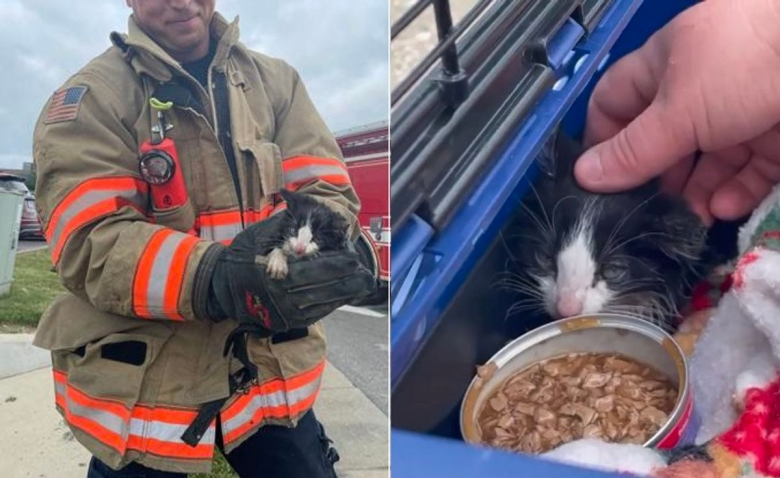 Firefighters, utilities and bystanders mobilized to rescue a kitten stuck in a sewer. The little cat would even find a roof after being rescued.

Firefighters have rescued a stray tuxedo kitten after spending at least one night in an Illinois sewer, according to the Journal Gazette & Times Courier.
According to Charleston Fire Chief Steve Bennett, his rescue center was alerted by two bystanders who had heard the animal’s restless meow the day before.

The two people in question are Rachel White and Brittany Cook. The first one walked her dog on Monday evening. The desperate cries of a small cat caught his attention. They came from the storm drain. 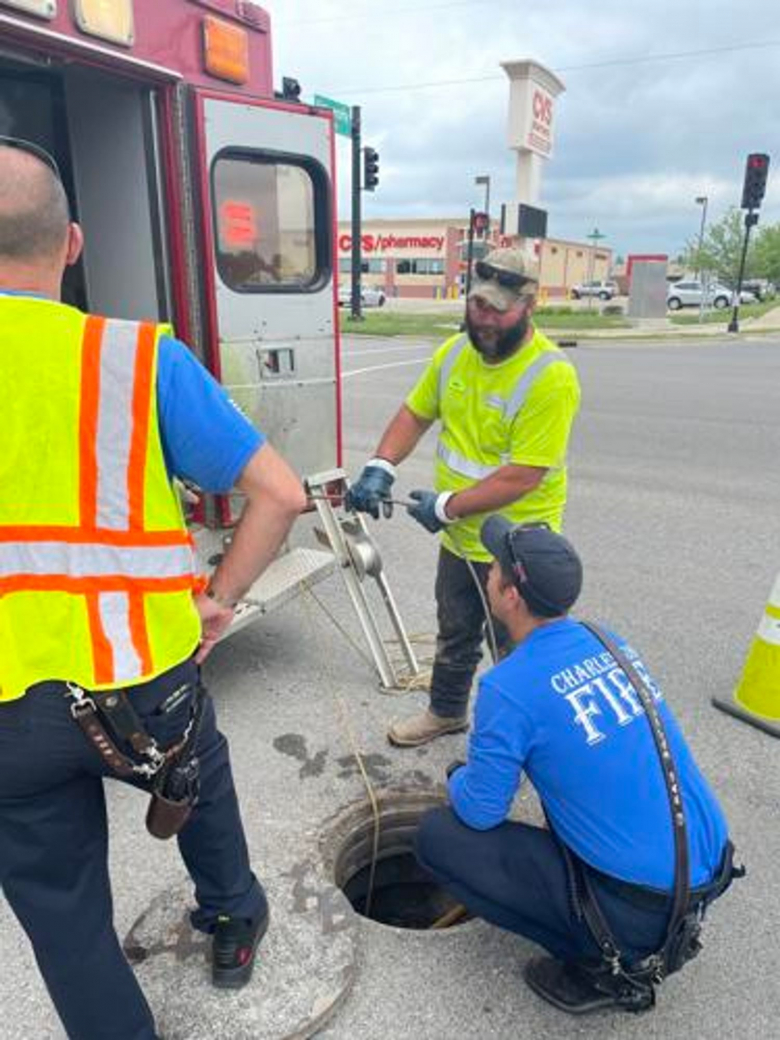 At that time, Rachel White first asked the police for help, but the latter told her that she could not interfere. The next morning, she contacted the Charleston Fire Department, who promptly dispatched a team. 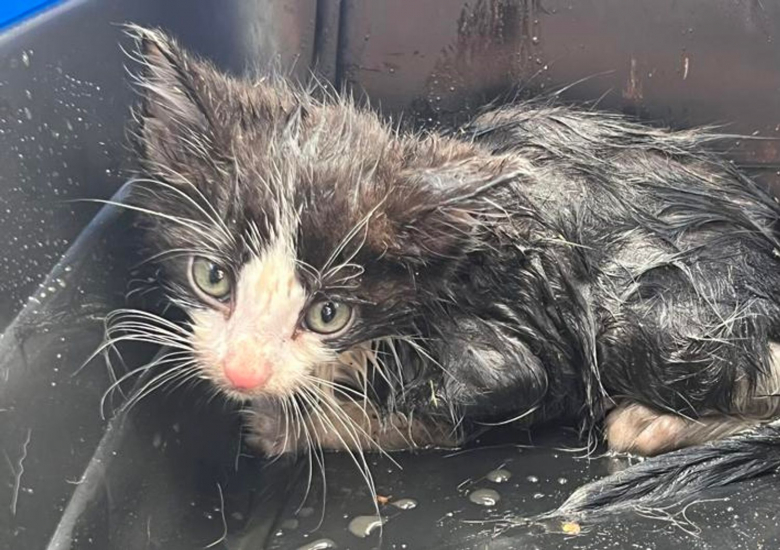 Arriving on the scene, firefighters deployed a mini-camera in the pipeline, hoping to find the animal, but to no avail. A civil service employee came to the rescue with a radio-controlled camera. Thanks to the latter, they were able to determine the exact location of the kitten, make sure that he was still alive, and get him to move to an easily accessible place where firefighters were already waiting to pick him up and put him in a safe place. 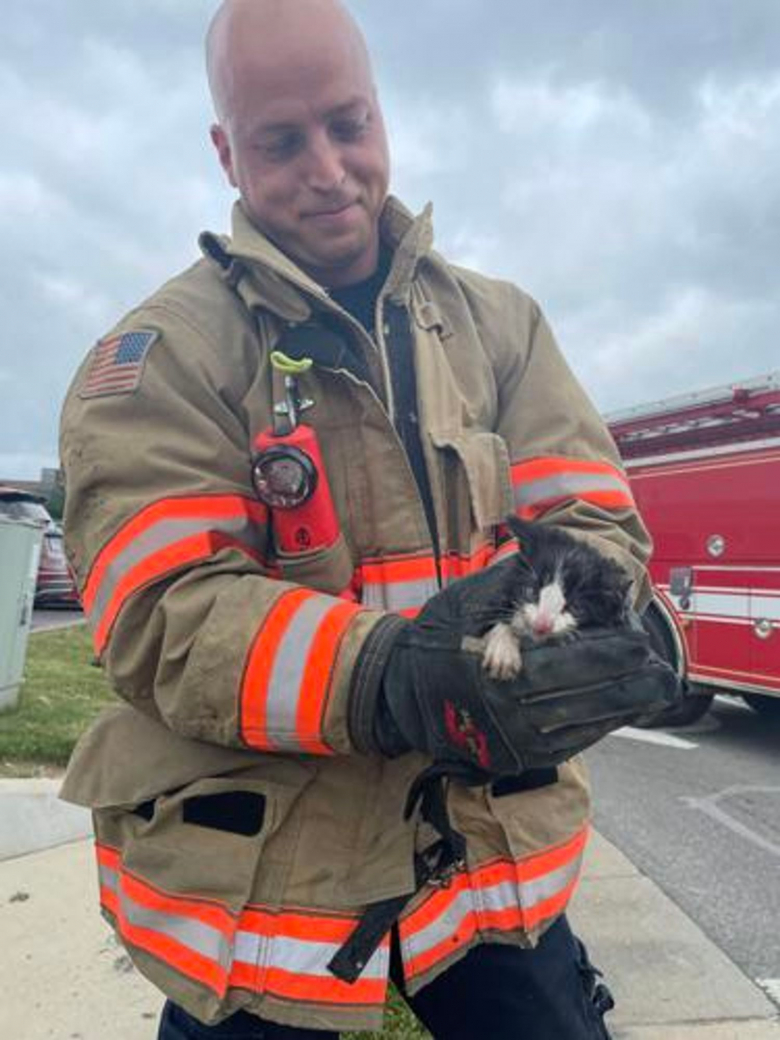 Rachel White wants to adopt him. She’s even thought of a name for the kitten already; she would like to name him Carl, after the employee who helped her escape. He needs to be taken to the vet, but he doesn’t look hurt. 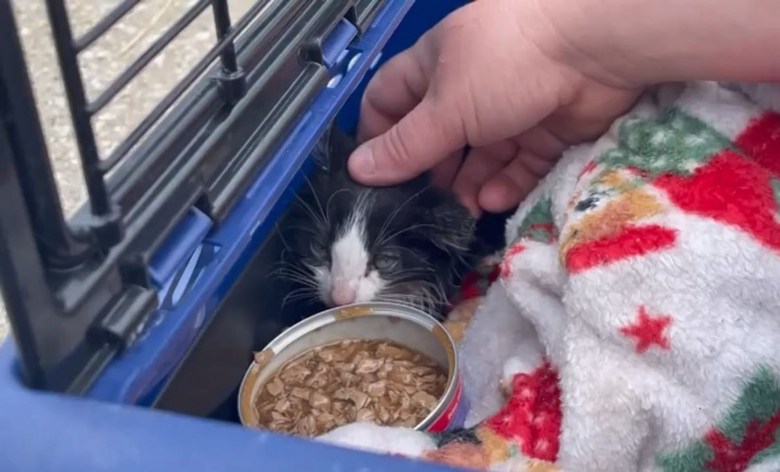