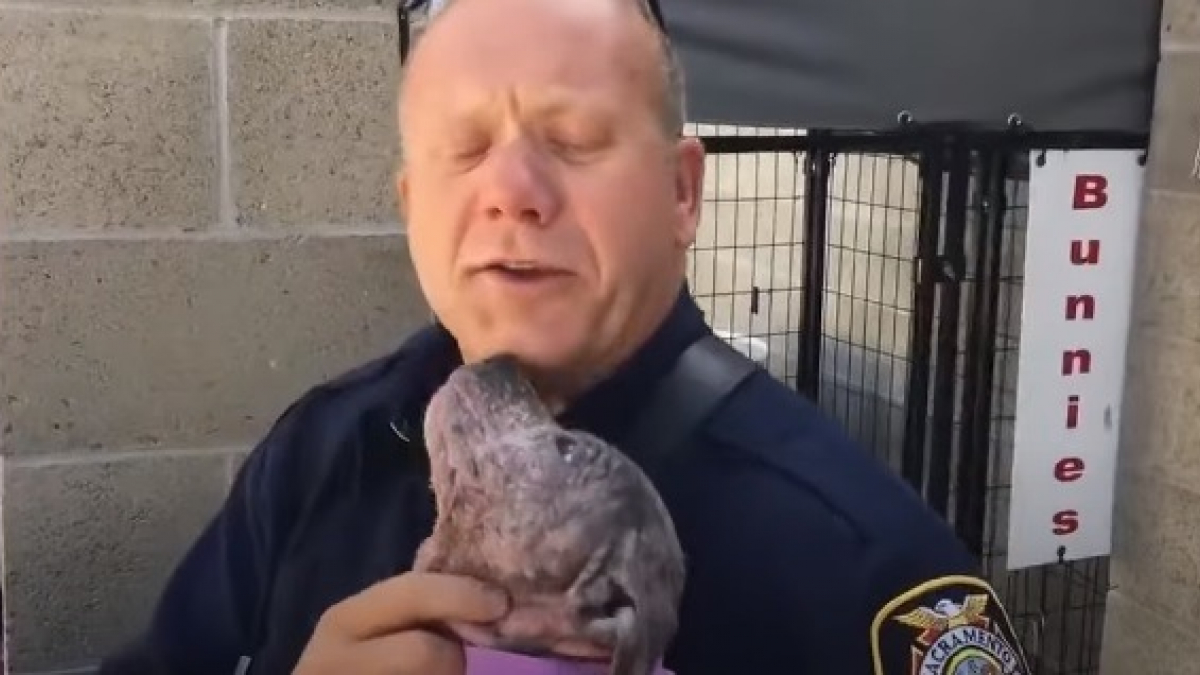 An abandoned pit bull dog was abandoned by its owners and tied to a tree. As soon as he learned of this, a firefighter arrived on the scene and rescued her before entrusting her to a shelter. However, deep down he knew that his place was at home, in the family.

In Sacramento, California, Mike Towley and fellow firefighters were notified that a puppy had been found abandoned and tied to a tree as they prepared to leave. When it was all over, the man decided to go see the dog in question.
It was a young pit bull, Chunk. She was neglected by his owners for several weeks, and in the end they got rid of her, leaving her alone. 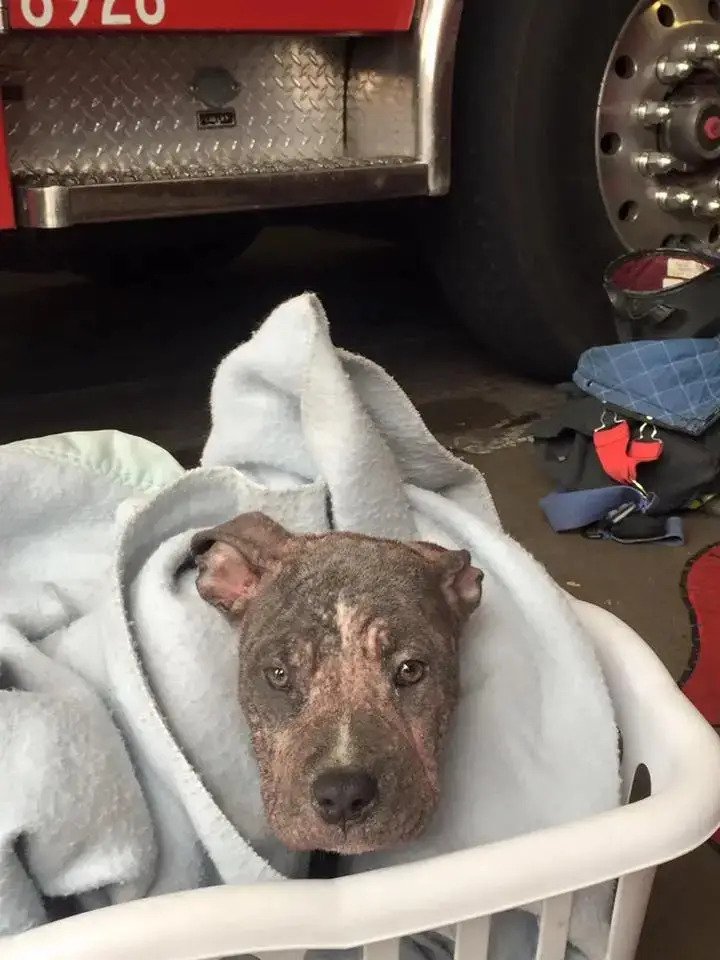 The poor dog is cold. In addition, she has lost most of her fur due to mange. Mike Thawley untied her, then took her to the barracks, where she spent the night. The next morning, a firefighter took her to the Front Street Animal Shelter, where she began treatment.

Chunk has been part of Mike Thawley’s family for 6 years and lives a happy life with the man who saved her on that cold day in October 2016.